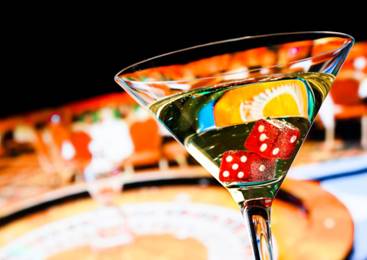 RALEIGH – Roulette, blackjack, poker, craps, simulated horse racing and other forms of Las Vegas-style gambling would become legal in North Carolina if lawmakers approve a Game Nights/Nonprofit Fund-Raiser bill that passed the House ABC Committee on Wednesday and is headed to the Judiciary III committee.

The Rev. Mark Creech, executive director of the Christian Action League, said the fact that so-called “Monte Carlo” nights are billed as benefits for nonprofits would not make them any safer or less harmful to the state’s residents.

“Law essentially does three things. It prohibits, permits, or promotes. This bill both permits and promotes a practice based in the losses and pain of others,” he said. “Gambling preys on the most vulnerable among us. It undermines our commitment to hard work and diligence. It capitalizes on the basest of human nature – our greed and a spirit of covetousness.”

House Bill 511 – Game Nights/Non-Profit Fundraiser, sponsored by four Democrats and two Republicans, would allow any nonprofit organization with a five-year history in the state to partner with an ABC permit holder to host gambling events with non-cash prizes. Individual nonprofits could hold four such five-hour events per year, and facilities could host up to two gaming nights per week. Furthermore, employers and trade associations would be allowed to hold game night events for employees or members and guests, and private individuals could host casino nights at their homes as long as they didn’t charge admission.

The idea isn’t novel. Similar measures have been floated since at least 2001, and have been rejected each time following opposition from groups such as the CAL and the North Carolina Family Policy Council, which has released an issue brief decrying the current bill.

The NCFPC brief points out that many nonprofits, especially those that serve clients suffering from addictions, oppose the use of gambling and alcohol as a method of fundraising. Further noted is the fact that charities employing game nights typically net less than 10 percent of gross revenues from the events, while for-profit gambling companies that supply the tables, roulette wheels and other equipment and staff are the true beneficiaries of the gambling.

The fact that individuals could hold casino nights in their homes would mean that, unlike events inside ABC establishments, these gambling parties could take place with no permits and no oversight.

“Once we open the door to allow nonprofits and private individuals to possess and operate gambling tables we have no way to even enforce our current state laws that prohibit such games of chance,” Creech said. “We agree with the North Carolina Family Policy Council’s assessment that this bill would, in essence, legalize Las Vegas-style gambling across North Carolina.”

“Be assured any short-term gains from a charitable form of gambling will be significantly outweighed over time by the damage to our culture from glorifying the practice of gambling,” he said. “Adding alcohol to the mix only greases the wheels for an exacerbation of negative behaviors. Furthermore, these game nights that have been called ‘gambling on training wheels’ truly whet the appetite of some for the legalization of all these forms of gambling.”

Dr. Creech has challenged lawmakers to demonstrate the same wisdom that prior sessions of the General Assembly used in rejecting similar proposals.

“Fortunately, every year, lawmakers have seen the wisdom in not advancing this type of legislation,” he said. “We pray they will do so again.”