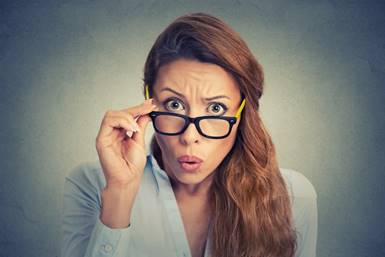 Several years ago, Life magazine interviewed dozens of people to learn their feelings about prayer. One interview was with a twenty-four-year-old prostitute who lived in Nevada. She said that, when she prayed, her words often didn’t come out right, so she would think onto God and let him listen to her thoughts. “I ask him to help me and keep me going,” she said.

“A lot of people think working girls don’t have any morals, and religion,” added the prostitute. “But I do. I don’t steal. I don’t lie. The way I look at it, I’m not sinning. He’s not going to judge me. I don’t think God judges anybody.”

The notion that God judges no one is both popular and comforting. The problem, however, is that this soothing and morally indiscriminate thought is patently false.

Moreover, it’s often the basis for the false assertion that we should never judge.

How often do we hear it said today, “That Christian – that preacher – that priest – is so judgmental! It’s a disgrace. I mean, everybody sins. Who does he think he is? How self-righteous of him! Doesn’t he understand that as a Christian you’re not supposed to judge? Didn’t Jesus say, ‘Judge not, lest you be judged.’ Real Christians don’t judge people.”

So Jesus’ prohibition against judging is essentially deployed against any stated disapproval or form of discrimination of another’s behavior, unless it’s the behavior of judging.

This too is popular, comforting, and even considered noble by many. But in reality, it’s as false as the first notion that God won’t judge anyone.

What did Jesus actually say about judging? Matthew 7:1-5, our Lord’s Sermon on the Mount, is where he gives his warning about the practice, saying:

“Do not judge, or you too will be judged. For in the same way that you judge others, you will be judged, and with the measure you use, it will be measured to you. Why do you look at the speck of sawdust in your brother’s eye and pay no attention to the plank in your own eye? How can you say to your brother, ‘Let me take the speck out of your eye,’ when all the time there is a plank in your own eye? You hypocrite, first take the plank out of your own eye, and then you will see clearly to remove the speck from your brother’s eye.”

Someone has wisely contended that when we interpret a Bible text without a context, we’re left with only a pretext, which is a fundamental exegetical fault that leads to misinterpretation.

Jesus’ words on judging weren’t meant to be interpreted to mean that we should never exercise proper spiritual and ethical discrimination.  For in the following verse, verse 6, which provides context, Jesus says, “Do not give what is holy to dogs or toss your pearls before swine or they will trample them with their feet, turn and tear you to pieces.”

Imagine that, Jesus referring to some people as pigs and dogs, and urging discrimination between those who can be trusted and those who cannot.

A few verses later, in verse 15, Jesus warns to beware of false prophets, whom he says are like wolves in sheep’s clothing.

Here again, Jesus uses an expression that would be deemed by many today as religiously bigoted, unnecessarily inflammatory, and worthy of censure.

The fact is, however, this text doesn’t mean the preacher should never speak plainly from the pulpit, never naming sin, its instigators, its participants, or those perpetuating it. It doesn’t mean churches should never discipline wayward members who bring shame on the cause of Christ. It doesn’t mean Christians should never separate the truth of the Word of God from error and falsehood. In fact, God commands these actions in other parts of the Bible. But what Jesus is talking about is our natural proclivity for condemning the faults of others, while failing to measure ourselves by the same standards.

If Jesus’ command not to judge were applied, as most have wrongly interpreted it, then we wouldn’t be able to judge the difference between a Mother Teresa and a Joseph Stalin. If we cannot judge what is evil, then we cannot honor what is good. If we cannot judge sin, then there is no possibility of either forgiveness or reconciliation. If to judge the behavior of anyone is to be judged intolerant, then nothing is immoral, nothing is evil, except intolerance, which basically leads to the implosion of morality altogether.

Thus, Aristotle’s contention, “Tolerance is the last virtue of a dying society.”

The Scriptures teach that God is a God of judgment, and he expects his people to judge too. But when judging, we should judge rightly, which means always by the light of his Word, with the attendant graces of love and compassion, and always measuring ourselves by the same standard, lest we be judged.