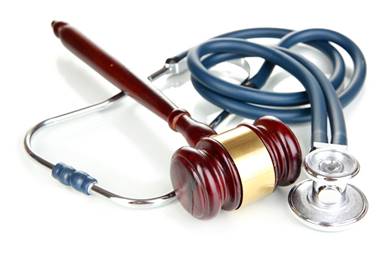 The Trump administration announced in October that employers will now be exempt from the ObamaCare requirement to provide insurance coverage for the contraception and abortion drug and device mandate if it conflicts with their sincerely held religious or moral beliefs.

The new rule provided relief to groups like Little Sisters of the Poor and other religious nonprofit organizations. President Trump ordered the Department of Health and Human Services to allow for fairly broad-based religious and moral exemptions to the mandate.

However, a challenge by Pennsylvania Attorney General Josh Shapiro on Friday succeeded when Judge Beetlestone blocked the Trump administration from enforcing the exemption.

Shapiro contended that the rollback would harm Pennsylvania’s 2.5 million women and cause “serious medical harm, including unintended pregnancies.” She also ruled that the Trump administration’s religious accommodation exceptions “would cause irreparable harm because tens of thousands of women would lose contraceptive coverage.”

“Courts do not have the authority to order the federal government to force religious nonprofits to provide free contraception and abortion drugs and devices. President Trump and the Trump administration do have the authority to accommodate the religious objections of nonprofits to the ObamaCare contraception and abortion drug and device mandate,” said Matt Staver of Liberty Counsel. “This is just one more example of a judge assuming she has more authority than the Constitution provides.”

The only power that courts have is the trust of the people that judges will act fairly and put aside personal bias. From the Supreme Court to the state courts, the role of judges is to judge fairly. If they want to be legislators, then they should run for office. Judicial activism has no place on the bench.

Here is an excerpt from a 2005 essay written by newly appointed U.S. Supreme Court Justice, Neil Gorsuch before he became a judge. Published by National Review, Justice Gorsuch criticized liberals for preferring litigation to the political process.

“American liberals have become addicted to the courtroom, relying on judges and lawyers rather than elected leaders and the ballot box, as the primary means of effecting their social agenda on everything from gay marriage to assisted suicide to the use of vouchers for private-school education. This overweening addiction to the courtroom as the place to debate social policy is bad for the country and bad for the judiciary.”

The Pennsylvania Attorney General hoped the Obama-appointed judge would exercise judicial activism in her ruling.

“It’s time to return this country back to the rule of law,” said Staver.

The Christian Action League by permission drew directly from information prepared by Liberty Counsel in developing this article. We deeply appreciate their partnership with the League in helping us get this critical information about the abuse by our federal courts to the League’s supporters.