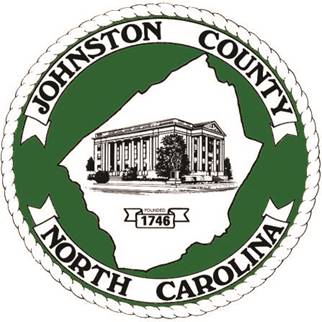 SMITHFIELD – Monday night, Johnston County Commissioners held a public hearing to gauge County sentiment about a proposed Brunch Ordinance. The ordinance would allow for the sale of alcoholic beverages to begin at 10:00 a.m. instead of 12:00 noon on Sundays.

Smithfield and Clayton have already approved Brunch Ordinances. The proposed ordinance would affect unincorporated areas of the County.

In 2017, the North Carolina General Assembly approved legislation that has commonly been referred to as the “Brunch Bill.” SB 155 – ABC Omnibus Legislation authorized County Commissioners, Town and City Councils to allow, bars, hotels, private clubs and restaurants to roll back the time for alcohol sales from 12:00 noon to 10:00 a.m. on Sunday mornings – an increase of 2 hours.  It also expanded the additional two hours of sale for retail sales of beer and wine in places like convenience and grocery stores. But before this can happen, local governing bodies have to pass an ordinance that allows for it.

Proponents of SB 155, like the Retail Merchants Association, touted the measure as an incentive for business, more specifically, for “restaurants to better meet the needs of their guests” by allowing for an alcoholic beverage during brunch.

During the public hearing only one person, Rev. Mark Creech, executive director of the Christian Action League spoke. The following is the text from Rev. Creech’s speech:

Mr. Chairman and members of the Board,

The Christian Action League of North Carolina was the primary opponent to the Brunch Bill that passed last year. A common misconception about me and the ministry of the League is that we are somehow trying to keep people from getting a drink. But that is not our emphasis. Our concerns are based around helping public officials not to forget that alcohol is not an ordinary commodity. The nature of alcohol presents public health and safety risks, and it is critical that we have policies which work to encourage temperance and minimize alcohol-related harms.

The argument that most often drives the discussion of a Brunch Ordinance pertains to business interests. Too often, however, public health and safety are largely overlooked. This ordinance also impacts religious concerns, which get tangled up in misconceptions about the separation of church and state and individual freedom.

What I want you to know is that the science of various studies reported on by reputable groups such as the Journal for Preventive Medicine, the Center for Disease Control, and the National Alcoholic Beverage Control Association, have concluded that increasing hours of sale by 2 or more hours does increase alcohol-related harms. Therefore, disallowing the extension hours of alcohol sales by 2 hours or more should be expected to prevent alcohol-related problems, which include alcohol-related vehicle accidents, alcohol-related crash fatalities, alcohol-related crime, etc.

The price North Carolinians are paying for the Opioid Crisis pales in comparison to the cost our citizens are paying for alcohol abuse issues. Still, while our state’s public officials hail policies to stem the opioid epidemic, they often disregard the overwhelming evidence against a Brunch Bill policy that will undoubtedly exacerbate the larger problem of alcohol-related harms.

Second, Brunch Ordinances also negatively impact religious influence. There are studies which conclusively show that when and where blue laws are repealed religious attendance falls, and church donations and spending fall as well.

Some will argue that limiting sales of alcohol on Sunday violates church-state separation. They contend that blue laws are a throwback to puritanism. But in McGowan v. Maryland, the Supreme Court ruled that blue laws are not unconstitutional because they have religious underpinnings. Moreover, in Zorach v. Clauson, the high court said that there is no violation of church and state when government cooperates with religion in ways to allow it to flourish.

When lawmakers and other governing bodies pass Brunch Bills, they are being sensitive to business’s interests at the expense of religion’s interests.

But I suggest to you that we are more than bread and wine. We are also a religious people. We are spirit, mind, and soul. Even more important to the well-being of our states’ citizens are those things that make for character. We are not simply what we possess. Liberty is dependent on good morals, which cannot be entirely separated from religious instruction and influence. Therefore, the government does well when it isn’t calloused or indifferent to religion, but approves policies that accommodate and even encourage it. Such a friendly relationship between government and religion is not a violation of church and state. Brunch Ordinances create an unfriendly relationship between government and religion.

Culture can work to undergird religious influence or undermine it. Policies (like Brunch Ordinances) that create increased secular competition for religion results in a decline in church participation. Those who argue individual choice alone determines religious participation fail to understand the role culture positively or negatively plays in affecting the scope of religion’s impact. To a significant degree, public policy sets the direction and parameters for culture.

The proposed Brunch Ordinance states that its objective is to bring parity for businesses in unincorporated areas with that of those located in the municipalities. As well-intended as this goal may be, it violates a fundamental principle for minimizing or reducing the risk of alcohol-related troubles. Policies that work for health and safety keep alcohol outlet density down to avoid dangerous consumption rates. Because alcohol is not like other commodities and is inherently problematic, it should be a little more difficult to access. Early sales of alcohol on Sundays in unincorporated areas and municipalities compound alcohol outlet density, which increases hazardous consumption rates.

For these reasons, as director of the Christian Action League, and as a fellow Johnstonian, I urge you to reject a policy, which will, unquestionably, increase alcohol-related problems and over time diminish religious influence in our area.

Two Commissioners, Larry Wood and Lee Jackson were not present for the hearing. The five Commissioners who were present agreed to postpone a vote on the proposed Brunch Ordinance until all members are present to vote at their next scheduled meeting on August 6th.