You are here: Home / Christian Action League / Jesus is Still the Answer 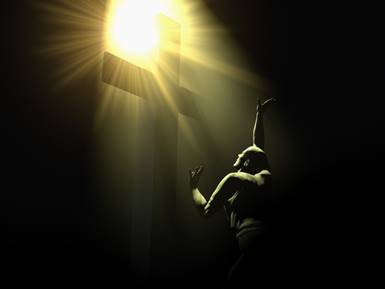 Because he will be away from home in June, and knowing my love for old books, my son recently gave me my Father’s Day gift early. It’s a first edition copy of Joseph Angus’ Bible Handbook: An Introduction to the Study of Sacred Scripture, dated 1856.

As I thumbed through its tender pages, I came across Angus’ beautiful description of Christ and his ministry. It reads:

“He [Christ] is himself, in truth, the gospel. His coming and work, apart even from all he directly taught, constitute the glad tidings of great joy unto all people. Did men need a real sacrifice for sin, in which the rites of the law should find their explanation and end? That sacrifice he offered. Did men need a perfect rule of life? That rule he gave when he dwelt among us; and immortality he brings to light, not so much by teaching it, or promising it, as by the actual fact of himself rising from the dead in our nature, and on our behalf. There is, indeed, no question in religion which it is essential for us to know, which the life of Christ has not solved.”

How marvelously succinct are Angus’ words! They are so eloquently stated that it seems almost sacrilege to say that they reminded me of the bumper sticker I placed on my car not long after giving my life to Christ as a teenager. It simply read, “Jesus is the Answer.” For me, Christ had addressed every issue of the human condition. My conviction then has in no way diminished through the years.

What is it that Christ has not touched for the better? What problems does his person or purpose not solve? Did he not say, “Behold, I make all things new”? (Revelation 21:5)

Poverty has been a part of every era, but it was Christ that inspired relief for the impoverished as no one before him or since. Were you aware that before Christ there was hardly a trace of an organized charitable effort? But when he came, and the Bible was spread throughout the world, charity began to thrive.

Education is something that has always been around, but it was almost exclusively for the elites in society. But because of Christ and the interest manifested by him for all men, there developed the motive for providing education to the masses.

It was because of the Savior that the concept of civil liberties was born. Noah Webster put it this way:

“Almost all the civil liberty now enjoyed in the world owes its origin to the principles of the Christian religion…The religion which has introduced civil liberty is the religion of Christ and his apostles, which enjoins humility, piety, and benevolence; which acknowledges in every person a brother, or a sister, and a citizen with equal rights. This is genuine Christianity, and to this, we owe our free constitutions of government…”

I suggest the issue of civil liberties has never belonged to the ACLU but instead is really the domain of Christ who gave rise to civil liberty.

It might even be argued modern science would have never existed were it not for Christ. The American Evangelical Theologian and Philosopher, Francis Schaeffer, writes about this and rightly contends:

“Both Alfred North Whitehead (1861-1947) and J. Robert Oppenheimer (1904-1967) have stressed that modern science was born out of a Christian worldview. Whitehead was a widely respected mathematician and philosopher, and Oppenheimer, after he became director of the Institute for Advanced Study at Princeton in 1947, wrote on a wide-range of subjects related to science….Whitehead [in his 1925 book, Science and the Modern World] said that Christianity is the mother of science because of the medieval insistence on the rationality of God.”

So many other proofs of the incomparable impact of Christ on the world might also be given.

“What is undeniable to the honest historian is that this one man’s life, teaching, and symbolic acts eventually created a social and cultural revolution that reverberated far beyond Palestine and altered almost every institution on earth – and is still felt today.

“Even Napoleon was amazed: ‘Alexander, Caesar, Charlemagne, and myself founded empires; but upon what foundation did we rest the creations of our genius? Upon force. Jesus Christ founded an empire upon love, and at this hour millions of men would die for him.’”

Think of it. If Christ changed the whole world in this manner, how much more could he change your little life if you were to personally trust him for the forgiveness of sins? Think of what he could do if you were to completely turn everything over to him.

Yes, Jesus solves every dilemma – every problem – every challenge.

Jesus is still the answer.

Perhaps that message would make a great new bumper sticker.