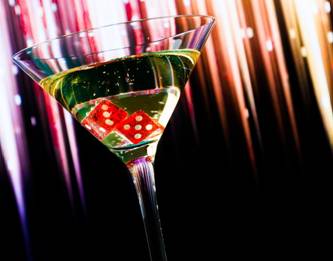 RALEIGH – Wednesday, the North Carolina House passed HB 511-Game Nights/Non-Profit Fundraisers by a margin of 78-38. The measure would authorize tax-exempt organizations to operate Las Vegas-style gaming nights and serve alcoholic beverages as a part of a non-profit’s fundraising events.

Current law creates a criminal offense punishable by a Class 2 misdemeanor for operating a game of chance or playing a game of chance where money or anything of value is bet, excluding the North Carolina Education Lottery, Cherokee Casinos in the western part of the state, and various bingo games and raffles for tax-exempt organizations.

HB 511 would remove the current prohibitions for gaming and selling alcohol by non-profits, but would only be applicable in areas of the state located east of Interstate 26, which matches the limits set by the Tribal-State Compact made between the State and the Cherokee nation.

The bill limits organizations to 4 game nights per year and 1 per quarter. The maximum duration of a game night is 5 hours.

Facilities used for gaming nights, such as restaurants, bars, hotels, etc., would be allowed 2 game nights per month, as many as 2 per week, and same week events have to be held by different organizations on different nights.

No cash prizes, however, can be awarded at a game night event. Prizes would be awarded through a raffle.

The bill has the backing of the North Carolina Restaurant and Lodging Association and the NC Center for Nonprofits.

When fighting against the measure on the House side, Dr. Mark Creech, executive director of the Christian Action League, argued that just because the initiative would help non-profits or didn’t give out cash prizes, didn’t make it innocuous or less dangerous.

“You have to understand that gambling in itself is inherently hazardous,” he said.

Dr. Creech quoted 98-year-old evangelist Dr. Billy Graham from one of his recent syndicated advice columns noting that he said, “Eventually [gambling] it takes over a person’s life and destroys them – something people who favor legalized gambling are seldom willing to face.”

“Today smoking is spurned, but it was quite acceptable before we realized cigarettes were killers,” said Dr. Creech. “I can remember when candy cigarettes were prominent. Kids could get them at the local Five and Dime or the grocery store. Today you can hardly find them anywhere, because we know how it whets the appetite of impressionable minds for smoking. I believe this gaming nights bill is similar in that it just whets the appetite, especially of folks who are impressionable and weak, for the kind of gambling that destroys and kills. That’s why I have said it has all the same components of commercial gambling and should be rejected. In the same way we frown upon smoking nowadays, we ought to have a cultural disdain toward gaming in any form.”

One of the primary arguments made in favor of HB 511 is that many of these Las Vegas-style fundraiser events are already being held across the state. Although the activity is illegal, some law enforcement officials and prosecutors are not upholding the law.

John Rustin, president of the North Carolina Family Policy Council, whose organization also opposes the bill, has rightly noted that the vendors who have been providing roulette, blackjack, poker, and craps tables for these events were in violation of North Carolina law.

Citing a time when he had a speaking engagement in Montgomery County, Dr. Creech said that he noticed a picture on the front page of the Montgomery Herald. The picture featured a man rolling dice at the craps table at a fundraising event for the First Health Montgomery Foundation.

“When I saw that picture on the front page of that newspaper, I asked myself, why isn’t local law enforcement shutting this down? It’s against the law. Why isn’t the local district attorney upholding the law? Why isn’t our state’s attorney general at the time, Roy Cooper, taking this derelict D.A. to the woodshed?” said Dr. Creech.

“Now here we are ready to reward this illegal behavior by making it legit in law. I think it’s scandalous. Instead of making it legal, I want to know why our Republican friends aren’t crying foul and calling upon our current state’s attorney general, Josh Stein, to stop this illegal activity,” added Dr. Creech.

HB 511 now moves to the Senate for consideration.