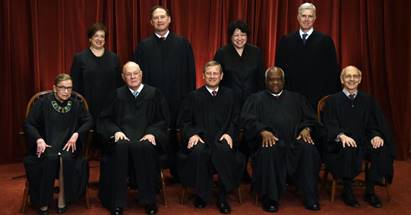 The Supreme Court is not operating like it was designed to operate. “The task of the Supreme Court is not to rule on guilt or innocence, rather it is to determine whether the decisions of lower courts are consistent with, or in violation of, the rights and guarantees defined by the Constitution.” The constitutional framers never intended that five unelected judges should be the final arbiter for what’s right and wrong for 320 million people.

At this point in time, we are stuck with this unbalanced system of checks and balances. Whatever good comes out of the court that actually fits with what the Supreme Court was designed to be is a good thing.

Hidden in the arguments of two of the latest Supreme Court decisions offer a defense of bakers, florists, photographers, and caterers who refuse to service same-sex weddings and related functions. In the 5-4 Janus v. AFSCME decision, the Supreme Court ruled that state-government employees cannot be forced to pay so-called “fair share” dues to labor unions. The following comments are from Justice Alito: Read the rest of this entry