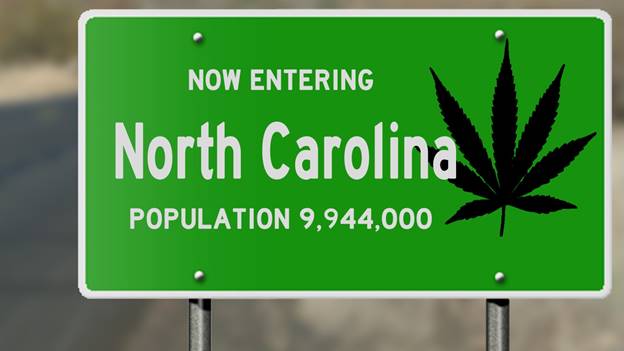 RALEIGH – A news story that has appeared on several media outlets in North Carolina indicates that there is a dangerous effort underway in the state to legalize medicinal and recreational marijuana.

The story features Abner Brown, the head of North Carolina NORML (National Organization for the Reform of Marijuana Laws), who says his group and others plan to tour the Tar Heel state with the hope of building enough support to legalize cannabis in 2019. They say they plan to build public support on the issue and persuade lawmakers to legalize cannabis use ahead of the General Assembly’s Long Session, which starts in January of next year.

The slogan for the effort already underway and stated on NC NORML’s website is, Help Legalize the Green in 2019. The pot-pushing organization further states on its website, “As part of NC NORML’s efforts to bring marijuana reform to North Carolina, we will be conducting public meetings throughout the state of North Carolina, from Wilmington to Asheville, and every major city in between.”

“I have always believed the threat to legalize weed in our state is a real one, and we shouldn’t minimize it. It’s easy for those who believe legalized marijuana would be wrong for our state to assume it’s not likely to happen here because we are a conservative state. But if pressures are intense enough, anything can happen,” said Rev. Mark Creech, executive director of the Christian Action League. “Lawmakers, as well as candidates for office, especially during an election season, need to hear from citizen Christians who say ‘No’ to cannabis legalization. Marijuana isn’t safe. It isn’t medicine. Places that have legalized recreational cannabis are regretting it. It’s addictive and harmful for teenagers. It’s not a fundamental right. It’s not a blessed herb of health and healing from God. Instead, we can and ought to be working to reduce the use and abuse of dangerous substances.”

Marijuana remains illegal under federal law. Still, nine states and the District of Columbia have either legalized recreational marijuana or decriminalized its use.

Colorado and Washington states were the first to legalize recreational pot in 2012. Since then, Oregon, Alaska, Maine, Nevada, Massachusetts, California, and Vermont have followed suit.

Since 1996, 21 states have legalized medical marijuana, Oklahoma being among the most recent and the most conservative.

In the remaining 20 states, which include North Carolina, pot is completely illegal with most classifying the drug as a schedule I narcotic as it is under federal law.

This week Fox News reported that the push for legal-pot is now shifting to red states. It was liberal states that first legalized it. “But as the mid-term elections approach, a number of traditionally conservative states are considering legal-pot ballot measures this year,” says Fox News.

The report goes on to mention ballot measures in Utah and Michigan to be voted on in November of this year, while proposals for ballot initiatives are on the table for Arizona, Nebraska, and North Dakota.

“[A] green wave has swept across the country as more states OK marijuana use on at least some level,” Fox News claims.

The story that circulated on North Carolina media outlets featuring Brown sites an Elon University Poll which concludes 80% of North Carolinians are in favor of medicinal marijuana.

But in an op-ed piece written about that poll shortly after it was released last year, Rev. Creech argued that the poll was extremely unreliable because it barely represented the state’s population. Furthermore, the question posed was broad and didn’t allow for some of the variables necessary for understanding the issue.

“[S]ince the poll only received 506 responses over a three-day period (April 18-21, 2017), it’s hardly a good representation of the Tar Heel state.  Census estimates for 2016 show that there are over 10 million people in North Carolina. The Elon Poll barely represents .05% of the population. It would be reckless to believe its conclusions are characteristic of North Carolina sentiment,” wrote Rev. Creech.

Rev. Creech added the question posed by the poll was also extremely broad and didn’t allow for variables. “For instance, if participants were asked, ‘Would you support medical marijuana in North Carolina, if you knew it meant a pot shop would move into your community?’ or perhaps, ‘Would you support medical marijuana in the form of edibles and candies that attract children?’ The answers probably wouldn’t be positive,” said Rev. Creech.

‘If you were aware vast numbers of youth, as high as 74%, we’re getting pot, purchased, grown, and intended for medicinal purposes, would you still support the legalization of medical marijuana?’ or ‘If you knew that in every state where a medical marijuana act had passed it had practically become a recreational use program, would you still support it?’ – The responses would undoubtedly be much, much, lower in the affirmative.” 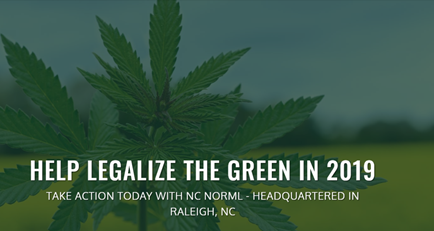 It is apparent that no matter the state where a marijuana initiative is pushed, the serious problems that come with the use of cannabis are often overwhelmed or ignored by bogus supposed benefits.

Marijuana today contains approximately four times the psychoactive ingredient THC as it did in the 60s and remains in the brain much longer. It deposits as much as four times the amount of tar in the lungs as tobacco, significantly raising the risk of cancer and heart attacks. Nearly 4.5 million children, ages 12 and older, meet the clinical criteria for cannabis dependence. It has proven to have a negative impact on brain development and IQ levels in teens. Treatment facilities admit more people for marijuana use than any other drug.

Citizen Christians need to resist the movement to legalize marijuana in North Carolina and help keep the Tar Heel state from going to pot.