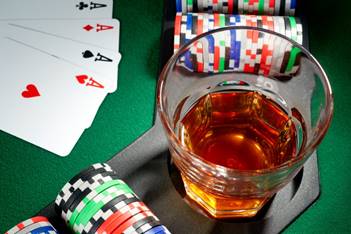 Unless the Governor’s veto is sustained the legislation could prove to be a significant expansion for gambling interests in the state.

In a statement released to the Press the Governor said:

“I am not opposed to legitimate nonprofits holding an occasional ‘game night’ to help with donations to worthy causes. However, I believe this legislation as written could cause unintended problems. North Carolina law enforcement has fought for years against the for-profit video poker industry, and legitimizing charitable gambling in this way could give video poker a way to infiltrate our communities. Allowing the industry to masquerade as a charity could cause unintended permits to be issued, and without tough criminal penalties enforcement would be difficult.”

The measure, HB 511 – Game Nights/Nonprofit Fund Raisers, would have authorized tax-exempt organizations to operate game nights where games of chance such as roulette, blackjack, poker, craps, simulated horse racing, and merchandise wheel of fortune could be played. The measure would have also allowed certain employers to hold these game night events for their employees and guests. Added to the mix, the bill permitted alcoholic beverages to be served, as well as offer alcoholic beverages as prizes in raffles, and even sell them to raise funds.

Some charities were already holding gaming events across the state. Although the activity is illegal under North Carolina law, some law enforcement officials and prosecutors haven’t been upholding it.

Senator Rick Gunn (R-Alamance), who was the primary sponsor of the Senate version of the bill (SB 154 and SB 395), said that he was “extremely disappointed the Governor would turn his back on the many local charities that use these social fundraisers to raise tens of millions of dollars for so many outstanding causes.”

Gunn cited the Brave and Beautiful Pageant sponsored by the ARMC Foundation in his own community, which he contended “raises hundreds of thousands of dollars for breast cancer patients in need of financial assistance.”  Gunn argued that his own wife was a breast cancer survivor, and had been one of the pageant’s contestants.

“I will fight the Governor on this and assure these important fundraising mechanisms are legally available for our charities and non-profits to help carry-out their important missions,” declared Gunn.

Dr. Mark Creech, executive director of the Christian Action League, said that he had heard Gunn cite his wife’s cancer as an argument for the bill when it was considered in a Senate committee.

“I would not want to dismiss the pain or the needs of those, who like Senator Gunn’s wife, have been afflicted by a terrible disease such as cancer,” said Creech. “Still, while cancer has killed its thousands. Gambling and alcohol have destroyed the lives of millions more. Today there are literally millions of people addicted to both gambling and alcohol, precipitating untold personal suffering and social needs. The end doesn’t justify the means. Furthermore, I think it sets the wrong precedent when people are breaking the law and then their bad behavior is rewarded with legitimization. This bill rolls out the red carpet to the gaming vendors who rent out the roulette tables and other gambling equipment, when they’ve been clearly operating in violation of state law. This says evil brings good and lawlessness deserves reward.”

Creech added that the Governor’s assessment of the bill is right.

“The Christian Action League was always concerned about the way the bill could open the door to video poker and sweepstakes. We have often disagreed with the Governor on other issues, but on this occasion, we agree with him. We wish his statement against gambling would have been even stronger, but he deserves to be commended for his position. We would urge our Republican friends not to attempt a veto override. This bill should die. Let this be seen as Providential. The Lord hates gambling and the covetous spirit it inflames,” said Creech.

The Governor’s veto of HB 511 is his seventh since taking office. The supermajorities that Republicans hold in both the state Senate and House have resulted in five of his vetoes being overturned.

The Legislature is scheduled to return on August 3rd and is expected to take up veto overrides at that time.