You are here: Home / Christian Action League / Governor Cooper Signs Law to Divest from Companies that Boycott the State of Israel

Dr. Creech says the bill ‘was possibly one of the most significant measures taken up in the General Assembly’
By Hunter Hines
Christian Action League
July 31, 2017 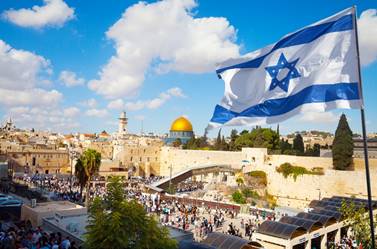 RALEIGH – Thursday of last week, Gov. Roy Cooper signed what Dr. Mark Creech, executive director of the Christian Action League said: “was possibly one of the most significant measures taken-up by the General Assembly.”

Dr. Creech added, “The bill hardly got any media coverage. Although the bill had some opposition, there wasn’t any meaningful controversy surrounding it. Nevertheless, it was truly a very important piece of legislation – especially to Christian social conservatives.”

HB 161 – Divestment from Companies that Boycott Israel prohibits the state from investing in or contracting with companies that boycott the state of Israel.

According to Carolina Journal, Rep. John Hardister (R-Guilford), a primary sponsor of the bill said, “This bill shows support for Israel as a friend and ally of the United States. North Carolina does an extensive amount of trade with Israel on an annual basis and we have common values.”

Rep. Bert Jones (R-Rockingham), a devout evangelical Christian, wrote in an email to the Christian Action League about the measure:  “God’s word is clear that he will bless those who bless Israel and curse those that curse Israel. We often pray and ask God for his blessings. If we hope to receive them, we need to obey His word. I support Israel.”

In Why Israel Matters to You and Your Family, published by Liberty Counsel, Matt Staver, and John Aman correctly report that “Anti-Semitism is higher than at any time since World War II…The percentage of countries where governments or social groups harassed Jews reached a seven-year high of 39 percent in 2013… ‘Tens of thousands of Jews [are] leaving France, Belgium and other European countries’ because of Islam and anti-Semitism, Russia’s top rabbi warned in 2016. The Jewish presence in Europe could disappear in 30 years, he predicted, unless action is taken. And the head of the Jewish Agency declared in 2016, ‘There is no future for the Jews in France because of the Arabs, and because of a very anti-Israel position in society….”

Staver and Aman also contend that anti-Semitism “is spiking on U.S. college campuses, too, with anti-Semitic incidents up 45 percent in the first half of 2016 from the same period in 2015.. ‘Jewish students…report fearing for their safety and well-being,’ says the Amcha Initiative, which studied hostility toward Jews on more than 100 colleges with large Jewish populations.”

“A leading cause of Israel’s tarnished standing on the world stage is the movement to boycott, divest, and sanction Israel (BDS),” write the authors. “Launched in 2005 by a coalition of Palestinian organizations, the BDS campaign calls on ‘people of conscience all over the world to impose broad boycotts’ and ‘divestment initiatives against Israel.’ It urges government sanctions against the Jewish state – the lone Democracy in the Middle East.”

BeholdIsrael.org reports that there are three objectives of the BDS movement. Israel must meet the following demands:

“The problem with these demands,” said Dr. Creech “is the actual objective of the BDS movement is to end the Jewish state. If Israel were to leave all so-called Arab lands, this would mean the Jews wouldn’t have a country because the Palestinians believe every bit of the land the Jews own is occupied territory. Arab Israelis truly already enjoy full equality. In fact, no Arab nation even gives them the kind of equality they have in the Jewish state. Moreover, if the Jews allowed an unlimited return of Palestinians that would create a Palestinian majority and also put an end to the state of Israel. It’s destroying the existence of Israel that’s the objective.”

According to the Pew Research Center, 82 percent of evangelicals agree that God gave the land of Israel to the Jews and 84 percent of Jews in the United States agree with the statement.

As far back as 1986, the late Dr. Jerry Falwell stated the majority opinion concerning the state of Israel, saying:

“Several thousand years ago God told Abraham that out of his seed would come a great nation, more numerous than the stars in heaven and the sands of the seashore. God promised Abraham that through his seed all the families of the earth would be blessed. This is the Messianic Promise. Jesus Christ provided the fulfillment of that blessing. Although all people are equally loved by God, Jews are God’s chosen people. Palestine belongs to Israel. God deals with nations in relation to how those nations deal with Israel.”

Famed evangelist Dr. Billy Graham has been a strong supporter of Israel dating back to his ministry in the 1960s, often stating the nation’s preeminence in God’s plan for history.

Franklin Graham, his son, who now heads the Billy Graham Evangelistic Association, has also said, “I support Israel not only because I worship a Jew, but because of what the Bible says about Israel and the future of Israel.”

Recently, however, some evangelicals have been wrongly abandoning support for the Jewish state in favor of social justice theology which serves Palestinian nationalistic aspirations. 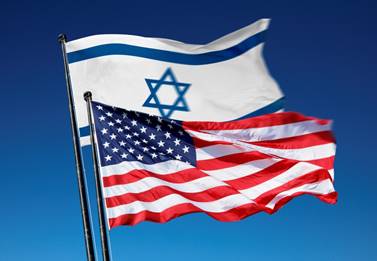 The new law defines a boycott of Israel as engaging in actions that are intended to penalize, inflict economic harm, or otherwise, limit commercial relations specifically with Israel or doing business in Israel or Israeli controlled territories. This does not apply, however, to decisions made for ordinary business purposes or for actions with an economic impact of less than $20 million annually. State contracts with companies that are less than $1,000 are exempted from the law.

The State Treasurer’s office is required to create a policy that cancels state-funded investments in companies that boycott Israel, and must also make a list of companies determined to be engaged in a boycott.

North Carolina currently does more than $140 million worth of business every year with the state of Israel.

The Tar Heel state now becomes the 22nd state in the nation banning state business with companies that seek to inflict serious economic harms on the state of Israel.