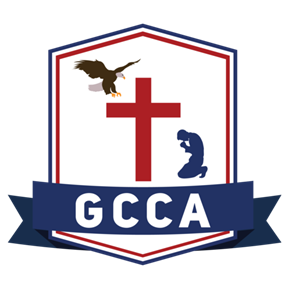 NEW BERN – Sometimes it only takes one voice, one of conviction and with plenty of truth behind it, to make a sizable difference.  One like Rev. Mark Creech’s, lending his support to embattled U.S. Senate candidate Judge Roy Moore of Alabama in an article published by The Christian Post on November 20.

It was that voice, though solitary, that inspired the God And Country Christian Alliance to issue a resolution and press release announcing its position to back Moore in the face of what Creech describes as a politically motivated character assassination, suspiciously timed to sway votes in an impending election.

Moore has steadfastly denied allegations by multiple women who allege that forty years ago, Moore, when in his thirties, sexually harassed or assaulted them when they were in their teens. Moore refuses to withdraw his candidacy despite numerous calls for him to step down.

In his article, Creech quotes Moore’s detractors like David French, a writer for the National Review. French accuses evangelicals who continue supporting Moore of “possibly making an alliance with evil in pursuit of some political objective.”

Ethics and Religious Liberty Commission (ERLC) President, Russell Moore, has made similar remarks, implying that evangelicals still supporting Roy Moore are abandoning principle in pursuit of political power. He argues, “A church that worships Jesus stands up for vulnerable women and girls. A church that worships power sees them as expendable.”

After vehemently condemning the sexual victimization of teenage girls by an older man, Creech’s article points to a different but parallel concern. He argues, “Nevertheless, there is another sin which could be at the heart of the accusations against Moore — something apt to produce as much vulnerability and ruination as sexual misconduct — something practiced and developed like a fine art in today’s politics. It’s called character assassination.”

While asserting sexual assault or harassment of women is “totally unacceptable,” Creech’s article recounts numerous instances of character assassination against Christians throughout history, including Christ, the early apostles, and those that occur daily in the lives of many current-day Christians.

Creech adds, “[B]eing a people who know first-hand the pain of muckraking and smears, Christians should find it equally unacceptable to throw a brother’s stellar reputation under the bus because of unsubstantiated allegations, no matter how seemingly compelling or how long his line of accusers.”

Creech also cites the Ninth Commandment (Thou shalt not bear false witness against thy neighbor”) along with Jesus’ warning that such treatment by unbelievers is to be expected.

“Jesus warned his followers to expect character assassination,” said Creech, quoting Christ’s words, “Blessed are you when people insult you, persecute you, and falsely say all kinds of evil against you because of me.”

Jerry Schill, Chairman of the GCAA, says that Creech’s article was the group’s inspiration and guide for a resolution in support of Judge Moore at their November 20 meeting. Their agreement was immediate and unanimous, Schill said.

“Many of us remember Judge Moore when he was the keynote speaker at our Annual God & Country Banquet in New Bern in 1999. Since then, we’ve been following his staunch support of values that we hold dear, including his defense of the unborn, the Ten Commandments and the Constitution. It is unconscionable that his character be assassinated by allegations after a period of 40 years.”

The press release quotes the resolution’s stance against “any candidate for public office that has admitted to or proven guilty of having sexually assaulted or harassed underage children.” It simultaneously asserts, “We also are absolutely against the use of lies, half-truths or any other means of character assassination that are used for political gain by any political party or organization.”

Like Rev. Creech, the organization pledges its support of Judge Roy Moore “unless or until there is credible evidence that such assault or harassment has occurred.”