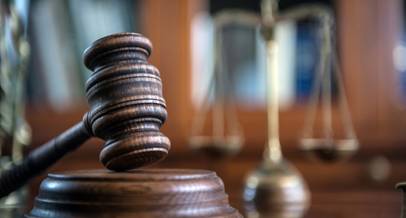 A former North Carolina magistrate has secured a landmark federal ruling for religious liberty. In response, the state has agreed in a settlement to pay the magistrate $300,000 for lost pay, retirement benefits, and attorneys’ fees. The case involved the magistrate being forced out of her job because of her religious beliefs against same-sex marriage.

Gayle Myrick, a magistrate who served for several years in Union County, was forced to resign her position in 2014 after same-sex marriage became legal in the state. Myrick, also a Southern Baptist, says that she never wanted to stand in the way of same-sex couples getting married, but neither could she deny her deeply held religious convictions which prohibited her from presiding over gay nuptials.

Since performing weddings was a part of her duties, Myrick’s immediate supervisor proposed that her schedule simply be shifted by a couple of hours so she wouldn’t be working when marriage ceremonies were performed. But the North Carolina Administrative Office of the Courts rejected this plan and wouldn’t allow Myrick a religious accommodation.

In 2014 the AOC issued an order, saying, “Magistrates should begin immediately conducting marriages of all couples presenting a marriage license issued by the Register of Deeds.”

The order further stated failure to do so would be considered a violation of the U.S. Constitution under the federal ruling [the one making same-sex marriage legal] and would constitute a violation of the magistrate’s oath, as well as a failure to perform the duties of the office. If a magistrate refused to perform same-sex marriages, the order stated, then he or she could be suspended, removed from office, and potentially face criminal charges.

Myrick contends that she “always wanted to find a way to protect everyone’s dignity.” The solution in her case she argued would have allowed any couple to get lawfully married without facing rejection or delay, but it would have also permitted magistrates with religious beliefs like her own to step aside, while still keeping their jobs.

After resigning, Myrick filed a discrimination complaint with the Equal Employment Opportunity Commission. She was represented by Becket, a non-profit religious liberty law firm based in Washington, D.C.

In Myrick v. EEOC, Myrick contended that other magistrates routinely shifted their schedules for a variety of reasons – from simple matters such as fishing trips to more important things such as night classes – even drug rehab. If she were asked to shift her schedule for any other reason, Myrick contended, she wouldn’t have lost her job. But because her request was motivated by religion, she was forced to resign only two months before her retirement benefits would have kicked in.

U.S. Administrative Law Judge Michael J. Devine agreed that Myrick had suffered unlawful discrimination and wrongfully forced to resign over her religious beliefs. He ruled that the State should have provided a religious accommodation. Consequentially, the state has finalized a legal settlement that seeks to compensate Myrick for her financial loses.

In June of 2015, the North Carolina General Assembly passed SB 2 – Magistrates Recusal for Civil Ceremonies – a measure that protects magistrates who feel it violates their religious convictions to perform a same-sex marriage. The legislation, vetoed by Governor Pat McCrory at the time, but overridden by the legislature, accommodates magistrates with sincerely held religious beliefs against same-sex marriage by allowing them to recuse themselves from participating in any marriage ceremonies for a six-month period. The law says that whenever there isn’t a magistrate in a county willing to perform a gay marriage, a willing magistrate from another county may be brought in to preside over the ceremony.

The law, SB 2, was challenged by two same-sex couples and one interracial couple in December of 2015. Nevertheless, the Fourth Circuit Court of Appeals threw out the case against it in 2017, saying the plaintiffs didn’t have standing.

CBN News reports that Stephanie Barclay, counsel at Becket, said that the Myrick’s landmark ruling “means states cannot pit the dignity of LGBTQ individuals against people’s religious convictions.” Barclay also says that reasonable solutions can be found to protect the dignity of both sides.

“This is a welcome decision by a federal court, indeed,” said Dr. Mark Creech, executive director of the Christian Action League. “People have a constitutional right to live by the dictates of their consciences and to practice their religion freely without fear of reprisal from the state. But all too often gay activists are determined to steamroll over the rights of those who believe in natural marriage. This ruling sets a precedent and works to protect magistrates and others in public service. We should give thanks to God and pray for additional rulings of this kind.”

The Myrick v. EEOC decision follows on the heels of a state ruling out of California in favor of Christian baker, Cathy Miller of Tastries Bakery in Bakersfield, who refused to bake a cake for a same-sex wedding. It comes ahead of a U.S. Supreme Court decision in Masterpiece Cakeshop v. Colorado Civil Rights Commission, a case that also addresses LGBT rights v. religious freedom.