You are here: Home / Alcohol / ‘For Cancer Risk, It’s Best Not to Drink Alcohol’ 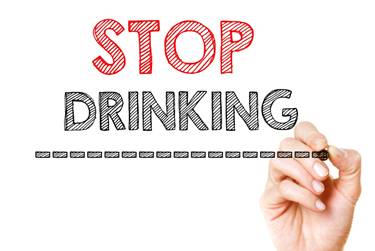 A sobering Statement has been released by the American Society of Clinical Oncology on “Alcohol and Cancer.”

Here are some excerpts from that article:

“The importance of alcohol drinking as a contributing factor to the overall cancer burden is often underappreciated. In fact, alcohol drinking is an established risk factor for several malignancies.”

“Alcohol is causally associated with oropharyngeal and larynx cancer, esophageal cancer, hepatocellular carcinoma, breast cancer, and colon cancer. Even modest use of alcohol may increase cancer risk, but the greatest risks are observed with heavy, long-term use.”

“Beyond oncology [medical study of cancer], alcohol use and abuse together pose a significant public health problem. According to the Centers for Disease Control and Prevention, approximately 88,000 deaths were attributed to excessive alcohol use in the United States between 2006 and 2010. Approximately 3.3 million deaths worldwide result from the harmful use of alcohol each year. Population surveys demonstrate that 12% to 14% of adults have a current alcohol use disorder and that 29% have had such a disorder at some point in their lifetime.”

“People who do not currently drink alcohol should not start for any reason.”

“In a thorough systematic review of the world’s evidence that adhered to prespecified criteria for drawing inferences, a World Cancer Research Fund/American Institute for Cancer Research (AICR) report judged the evidence to be convincing that drinking alcohol was a cause of cancers of the oral cavity, pharynx, larynx, esophagus, breast, and colorectum (in men). Also, alcohol was judged to be a probable cause of increased risk of liver cancer and colorectal cancer (in women). An updated review of the evidence for liver cancer upgraded the conclusion for an association between alcohol drinking and liver cancer to convincing.”

“…The associations between alcohol drinking and cancer risk have been observed consistently regardless of the specific type of alcoholic beverage.”

“…The index of suspicion is high that alcohol drinking leads to excess risk of pancreatic cancer and gastric cancer.”

“As evidence continues to accumulate, the list of alcohol-associated cancers is likely to grow.”

“…For cancer prevention, it’s best not to drink alcohol.”

“The results of meta-analyses and pooled analyses that have focused directly on this question for upper aerodigestive tract cancers indicate that risk of these cancers declines in those who quit drinking alcohol compared with those who remain alcohol drinkers.”

“Low physician knowledge of alcohol use and cancer risk is another barrier to addressing alcohol use with patients.”

“…Alcohol use among physicians may make them less likely to counsel patients about the risks of alcohol use.”

“Worldwide, alcohol-related cancers are estimated to be 5.5% of all cancers treated annually…”

–Alcohol and Cancer: A Statement of the American Society of Clinical Oncology; November, 2017.  (Bold print is mine.  -DRB)

For entire Alcohol and Cancer Statement and footnotes see:

The bad news is, we are all eventually going to die of something (Hebrews 9:27).  The good news is we can significantly reduce our chance of death from cancer and other causes by not drinking alcohol.  As many have observed, what is the worst that can happen from not drinking?

While all these quotes are significant, some I especially noticed because of contrary pro-drinking arguments.  I’ve, of course, added some of my own thoughts.

While not outright saying you should not drink alcohol, the study did say if you don’t drink, do not start.  And frankly, if you drink, you encourage others to drink.

Many have argued drinking is good for your health.  This study says just the opposite.  Alcohol should not be recommended for heart health, or over-all health.

Even modest use of alcohol can increase your risk of cancer and other problems.  Alcohol is a poison; its use is abuse.

Your medical doctor is not necessarily an authority on beverage alcohol.  My dad used to joke since he was overweight, he tried to find a doctor who was overweight, so the MD would not get on to him about dieting.  Apparently, the same is true when it comes to alcohol.  Any supposed medical benefits from alcohol can come from safer sources such as grape juice (unfermented wine), grapes, other fruit, and vegetables.  Sadly, many MDs have caused people to begin drinking; don’t be one of them.

“For cancer prevention, it’s best not to drink alcohol.”  Not drinking alcohol, or taking other recreational, mind-altering drugs (marijuana, opioids, etc.), will prevent a host of other problems as well.

Hope you all have a drug-free Merry Christmas and a Happy New Year!

This article was posted with permission from its author David R. Brumbelow, who is a pastor and graduate of East Texas Baptist University and South Western Baptist Theological Seminary. Brumbelow has written a fabulous book titled, Ancient Wine and the Bible. Dr. Mark Creech, executive director of the Christian Action League said the following about Brumbelow’s book:

“I know of no definitive work offered today that does what Brumbelow does in his book. It is scholarly, sound and makes for an irrefutable argument in favor of abstaining from alcoholic beverages. I believe every pastor ought to have a copy.” – Dr. Mark Creech

Click here to find out how to get your copy.