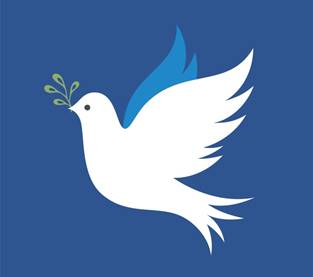 As I stood before my new house in Levittown, Puerto Rico, I thought, “Boy, what a big year this has been!”  In the past year-and-a-half I had moved seven times, married, been promoted to captain in the Air Force, obtained an M.A. in psychology, and acquired a baby son!  Now, in March, 1968, I was beginning a three-year tour near San Juan rather than the tour in Vietnam which I had expected.  I smugly thought to myself: “Joe you are a lucky guy.”

Six years before coming to Puerto Rico I had decided to leave my home in San Diego to see what the world had to offer.  The atmosphere at home had, so I thought, stifled my free spirit for twenty-two years and I sprang at the first chance to escape. I said to myself, “I am free at last to do my thing and seek my happiness in the world.”

Years before I left home, my father Paul Sturz was the one who brought spiritual joy into his parents’ home and, later, into his own.  When he was nineteen, Dad met Jesus personally at a youth meeting in Scott Memorial Baptist church in San Diego.  After this experience, he returned home full of enthusiasm and a new purpose to tell the good news to his family.  Soon the whole family came into a personal relationship with Christ and each experienced His peace and joy.

One of his brothers and two of his sisters eventually became overseas missionaries.  Another brother became a Greek scholar and seminary professor at BIOLA University (formerly the Bible Institute of Los Angeles).

My dad wanted to go to the mission field, also; but, due to bouts with tuberculosis, he remained in San Diego and took over the family tailoring business instead. He became an elder in a Presbyterian Church and preached weekly in many nearby nursing homes.  I grew up working in the tailor shop and playing the piano for my dad’s services.

I did not have the faith or the joy my dad had so I chose the world.  As soon as I graduated from San Diego State, I entered the Air Force.  There I pursued the swinging life of a carefree bachelor.  Following Officers Training School, I took full advantage of a good income, more parties and much travel.  After five years I began to wear out on parties and officers’ clubs. I thought to myself more and more: “My life is not happy.  It’s boring!”  I was then assigned to a remote island near Okinawa for a year.  Suddenly life settled into very slow motion.  I had time to do a lot of thinking.   On that remote island of Kume Jima I realized that I was running from God.  I was seeking meaning and happiness for my life in all the wrong places.  I was lonely and became bored with bachelor life.

When I returned to Seymour Johnson Air Force Base in Goldsboro, North Carolina, I began looking around for a girl to marry.  Finally it dawned on me that all the eligible girls were at East Carolina University in nearby Greenville.  So I applied to the Air Force to send me back to college to get an MA degree in Psychology. When I moved to Greenville, the first girl I met was Rachel Steinbeck, a college professor at Atlantic Christian College.   The search was over!  The following year we settled down to married life and starting a family.

When I found myself assigned to be the Air Force Advisor to a Puerto Rican Air National Guard Unit, I thought maybe this coveted tour would overcome the emptiness and lack of meaning in my life.  Rachel and I joined a small Wesleyan Methodist mission church.  I put on a front of being a dedicated Christian at church and at home but struggled with the guilt from my past.  I had sewn a lot of “wild oats” and was still one of the “regular guys” at work, cussing, telling dirty jokes and wasting time and money drinking after hours.

I struggled with my conscience.  Also, I was observing the peace and joy in my pastor’s life.  Bill Goldsmith had very little in the way of status or material goods but he was one contented man!  I thought to myself: “Maybe the peace and joy Dad and my Pastor have is real and I having only the counterfeit.”

I began to remember the lessons that I had learned in church as a little boy:  All men are born sinners and no one can ever make it to Heaven on his own merits.  I began to remember how God sent Jesus (God the Son) to take our punishment on Himself by dying on the cross.  The words kept coming to me:  Jesus did it all.  There is nothing else anyone can do except repent of sin, take Jesus into his heart and daily live for Him.

I began remembering my rebellion towards the Lord and my parents when I dropped out of church.  I had sought happiness in selfish pleasure-seeking, sex and alcohol, bars and partying.  However, I had always believed in heaven.  And if I died I just hoped that my good deeds would out-weigh my bad and heaven is where I would end up!

One night I knelt by my bed and cried out, “Dear Father, please forgive me for all my sins when I turned my back on you.  I am tired of being a hypocrite and leading a double life. I talk and act one way at church and at home but a different way with the men at work.  I place my trust now in Jesus’ death on the cross.  Thank you that He paid for my sins.”  Immediately I felt a great weight of guilt lift off my shoulders.  I felt a peace with God.   My conscience was clear—something that I had not experienced in many years.  The prodigal son had come home to his Heavenly Father through Jesus His Son.  My place in heaven now was guaranteed!  Jesus had paid it all!

My life changed after that.  I found new purpose as God the Holy Spirit began to work in me.  The men at work were surprised to see my selfish attitude change and my profane language disappear.  I quit coming to work late and leaving early for a drink.  My thought life changed as I lost interest in sexy pictures.  Instead of seeking my own pleasures, I began to be concerned for the men around me and their needs instead of just my own.

Every day I experienced the peace and joy that partying had never given me.  If I did something wrong, I immediately lost this peace and joy.  I would have to pray silently, “Lord please forgive me for …. “  And immediately my heart was at rest.  The happiness that I had found was too precious to give up for the empty fleeting pleasures of the world.

This happened over thirty-eight years ago.  My wife Rachel passed to Glory in 2009 and I have had many trials and temptations since then but still have that wonderful peace.  I do not miss the old lifestyle.  As the years have gone by, I have sinned and made many foolish mistakes; but the Lord has always forgiven me when I repented and asked for forgiveness.  As I walk with the Lord He has had to discipline me many times for becoming: resentful, lazy, prideful, stubborn, not listening to my wife Rachel and friends, etc., etc.

When asked by others how I am getting along, I always answer, “I am growing.” I still have a long way to go to mature in the Lord, but the Lord is patient and He is still working on me as I remain faithful in church.

Joe Sturz is a member of the Christian Action League’s Board of Directors. He currently lives in Greenville, North Carolina. Joe directs Sturz Christian Counseling, a Christian-based mental health service.