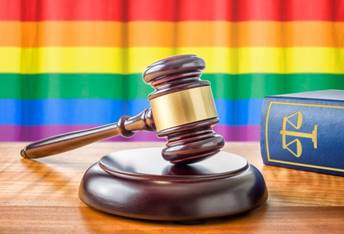 The measure, which was passed in June of 2015 by the North Carolina General Assembly, allows magistrates to opt-out of the performance of a same-sex civil ceremony, whenever such public servants hold a sincere religious objection.

Two same-sex couples and one interracial couple filed the lawsuit in December of 2015 against the state of North Carolina, claiming the law was unconstitutional.

In September of 2016, Judge Max Cogburn, in a 38-page ruling, dismissed the case saying the couples lacked standing “by virtue of the fact that their claims are merely generalized grievances with a state law with which they disagree.”

Cogburn further stated in his decision, “Plaintiffs have not alleged, let alone submitted affidavits or other evidence, showing any injury in the form of direct harm that might allow the court to find standing on the grounds other than taxpayer status.”

Cogburn ruled the spending of such taxpayer monies was “incidental.” But plaintiff’s lawyers argue that the state should not spend funds to further what they allege is a religious purpose.

Attorneys for the couples also contend magistrates who recuse themselves are violating their oath to uphold the U.S. Constitution.

Two judges told attorneys for the couples on Wednesday that they were sympathetic to the couples’ concerns about the magistrates’ law. Nonetheless, they said the case seems to hinge more on the legal technicality of whether they have legal standing.

Judge J. Harvie Wilkinson II said, “I hope you understand that there’s a difference between what judges may or may not favor as a matter of policy and what we may do under the law.”

But the special deputy attorney general for North Carolina argued the state had endeavored to strike a fair balance and make certain that it was doing everything it was supposed to do. Magistrates may recuse themselves on the basis of a religious accommodation. Still, magistrates from nearby communities who are willing to perform same-sex ceremonies are also readily accessible to same-sex couples that wish to marry.

One of the judges on the panel seemed to agree, noting that while she understood the couples’ objections, taxpayer monies, in this case, she said, were not really going to a religious entity, but to the judicial branch.

Challengers of the law have never been able to show that any same-sex couple has been denied marriage because of a magistrate’s recusal.

Dr. Mark Creech, executive director of the Christian Action League, urged Christians to pray for a positive decision by the court in favor of religious liberty.

“When we were stumping for North Carolina’s marriage amendment, defining marriage as one man and one woman in the Tar Heel state, we warned then that same-sex marriage would create an entirely new legal paradigm for marriage,” he said. “No longer is a marriage between a man and a woman, but between two adults. This means that those people who, for reasons of conscience, cannot comply with this new legal definition are outside of the law, and therefore subject to be brought into line at the penalty of losing their job, their business, their property, and even serving jail time.”

“You have to also realize the LGBTQ communities – those who feel they have been abused in the past have now become the abusers – those who once called for tolerance are now the most intolerant, wanting to squash any and all forms of dissent,” said Creech. “For these folks a religious accommodation is anathema.”

According to the National Conference of State Legislatures, Utah and Mississippi have laws similar to North Carolina’s, allowing public officials to recuse themselves from performing civil same-sex marriage ceremonies when they have a religious or moral objection.

A little more than 30, roughly 5% of the state’s magistrates have recused themselves, and taken refuge in North Carolina’s law.

The court will issue a decision in a few weeks.