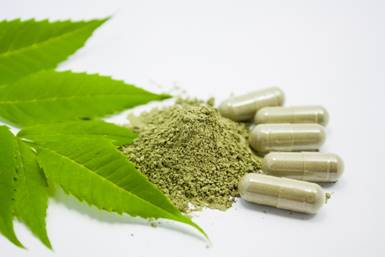 Tuesday, the Food and Drug Administration declared that Kratom, a popular psychoactive, plant-based, recreational drug, is an opioid. Dr. Mark Creech, executive director of the Christian Action League, said the declaration is just another affirmation the substance should be banned in North Carolina.

Dr. Scott Gottlieb, FDA Commissioner, said in a statement that the FDA had been carefully monitoring the use of kratom for several years. Kratom products had been placed on an import alert to prevent it from entering the country illegally and the FDA had conducted product seizures. “These actions were based, in part, on a body of research, as well as reports we have received, suggesting harm associated with its use…we urged consumers not to use kratom or any compounds found in the plant,” he said. The latest research, he added, shows that kratom works in the brain just as opioids do.

Kratom comes from a tropical tree native to Southeast Asia. Its psychoactive ingredient is derived from its leaves. The leaves are crushed, sometimes smoked, sometimes brewed in tea, or placed in powder form, liquid shots, or in gel capsules. It’s widely available and often used by college students as a study aid. Others claim that it helps with chronic pain. Kratom produces stimulant effects in low doses and sedative effects in higher doses.

Because kratom additionally carries the risk of addiction, psychosis, including hallucinations, delusion, and confusion, the Drug Enforcement Association (DEA) moved to ban it in August of 2016 as a Schedule I controlled substance, but then backed-off their decision after a high volume of public comments urged them to keep it legal.

Lawmakers in North Carolina also became concerned about the popularity of kratom in the Tar Heel state in 2016 and crafted legislation to ban it. But because there were unanswered questions about whether the substance had medicinal value, the measure was amended to prohibit its sale to those 18 and under and to authorize a study. Although the bill, HB 747 – Youth Access to Kratom/Study Abuse OTC Subs., passed in the Senate, upon its arrival in the House it was sent to the Rules Committee where it was never taken up for consideration.

The FDA now says that 44 reported deaths are conclusively linked to kratom. Moreover, Gottlieb said, “Taken in total, the scientific evidence we’ve evaluated about kratom provides a clear picture of the biologic effect of this substance. Kratom should not be used to treat medical conditions…There is no evidence to indicate that kratom is safe or effective for any medical use. And claiming that kratom is benign because it’s ‘just a plant’ is shortsighted and dangerous. After all, heroin is an illegal, dangerous, and highly-addictive substance containing the opioid morphine, derived from the seed pod of the various opium poppy plants.”

Dr. Mark Creech, executive director of the Christian Action League said despite the claims of those who defend kratom’s use, there has been a growing body of evidence against it as a safe substance.

Creech said, “When lawmakers were looking at this matter in 2016, I said then that we didn’t need another addictive opioid-like drug being marketed to our youth. At that time, there were still a lot of unanswered questions, but I think the evidence is clear now that kratom should be banned in our state. I think kratom simply compounds the opioid crisis we already have in North Carolina and around the country.”

Although kratom is not currently controlled under the Federal Controlled Substances Act, according to Drugs.com: “State laws have restricted kratom use in several states including, Indiana, Tennessee, Wisconsin, Vermont, Arkansas, and Alabama. These states classify kratom as a schedule I substance. Kratom is also noted as being banned in Sarasota County, Florida and San Diego County, California.”

Dr. Creech added that North Carolina should lead on this issue. He hopes that the lawmakers who originally had concerns about the drug will revive their effort to ban it in the Tar Heel state.