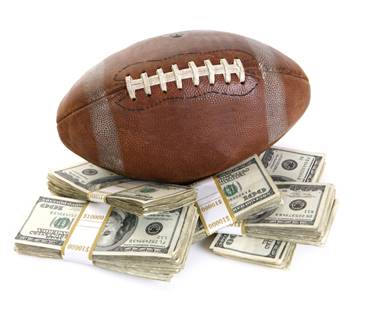 RALEIGH – “I once heard someone say at the legislature that anyone who doubts the Resurrection should visit the General Assembly. Bills that were seemingly dead have a way of coming back to life,” said Dr. Mark Creech, executive director of the Christian Action League.

Creech was referring to a bill that was heard in the House Judiciary IV Committee on Tuesday that would have legitimized Daily Fantasy Sports Gambling in North Carolina. The bill had been voted down (7-4) last year by the House Committee on Regulatory Reform, but revived in Judiciary IV.

HB 279-Fantasy Sports Regulation purports to offer guidelines and a means of supervising the growing industry when in truth the measure represents a massive expansion of gambling in the Tar Heel state.

Sponsors of the measure argue the bill does not authorize gambling. Instead, its purpose, they claim, is to regulate something that is already taking place, provide consumer protections, while also allowing the increasingly popular industry to grow. Moreover, the bill delineates that Fantasy Sports is not gambling, and, therefore should be exempt from criminal penalties.

Dr. Mark Creech testified in opposition to the bill arguing that HB 279 surely is gambling. Creech said Stop Predatory Gambling, a Washington D.C.-based nonprofit that works to free citizens from the lower standard of living, exploitation, and fraud that commercialized gambling spreads, did an analysis of the legislation last year and said unequivocally it is gambling.

“American casino operators and problem gambling treatment centers say that gaming such as this is gambling. I suggest that if you have any inkling this could be gambling, you should vote against the measure,” said Creech.

Christopher Grimm, the lobbyist for DraftKings and FanDuel, which are the two most well-known Fantasy Sports companies, took issue with these statements and argued there is some element of chance involved in countless sports contests but, “it is the skill of the players that determines the outcome…Fantasy Sports falls under that same kind of activity.”

Lawmakers on both sides of the aisle seemed torn over the matter. Rep Deb Butler (D-New Hanover) said she had a hard time with the suggestion that this is not gambling. Rep. George Cleveland (R-Onslow) argued, “This is gambling, I don’t care how you cut it. Daily Fantasy games involve chance, just like betting on the ponies.” Rep. Kelly Alexander (D-Mecklenburg) and Rep. Larry Potts (R-Davidson) argued that some framework for regulation was still warranted, because so many people were already involved and protections needed to be put in place, otherwise the situation would be like the “wild west.”

Other members of the committee contended there wasn’t sufficient oversight stated in HB 279. Rep. Mary Belk (D-Mecklenburg) said she believed that if regulation of the industry were to pass, then fees for use in helping people with gambling addictions should be levied. She contended no such provisions were included in HB 279.

Two amendments were put forward. The first was from Rep. Harry Warren (R-Rowan), who believed a Gaming Commission was needed to oversee the lottery, boxing, and fantasy sports. He believed HB 279 was a good vehicle to include such a provision. Members of the Committee agreed and passed the amendment.

Rep. Bert Jones (R-Rockingham) proposed the second amendment, which would have deleted the lines of the bill saying Fantasy Sports is not gambling, and, therefore, should be exempt it from criminal consequences.

Before Jones’ amendment could be voted on, sponsors of the measure abruptly pulled it from consideration.

“That doesn’t mean the bill is dead. The sponsors’ action saved the legislation to live on and fight another day,” said Dr. Creech. “It’s hard to know whether this means the next fight will occur before the end of this session or next year. But the pervasiveness of greed behind gambling initiatives is perpetual. It never gives up. Though I am prayerful this would go away permanently, I think it will be back – sooner or later.”