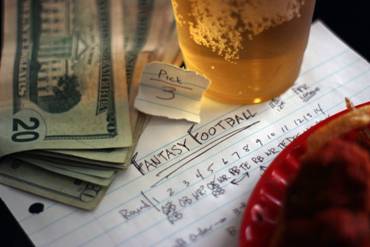 RALEIGH – Wednesday, the House Committee on Regulatory Reform took up HB 279 – Fantasy Sports Regulation and voted down the measure 7-4.

The law proposed to offer guidelines and a means for supervising 1.6 million players of Daily Fantasy Sports (DFS) in North Carolina. The bill’s primary sponsor, Rep. Jason Saine (R-Lincolnton) argued before the committee the legislation would provide clarification that the virtual sports world is not gambling. Committee members were not convinced.

When the legislation was first introduced in March, the Christian Action League reported that DraftKings and FanDuel are two of the most well-known fantasy sports companies. They offer online gaming whereby players select virtual teams consisting of actual athletes, then compete based on how those chosen athletes perform. Unlike traditional season-long fantasy sports that began as a hobby played among friends, daily fantasy sports contests restart constantly, last a day or a weekend and translate into big money for gambling operators who essentially act as bookmakers.

DFS companies have already been banned in six states and have been forced to apply for a gambling license in Nevada. Three states have deemed the games legal, and three others have changed their laws to accommodate them.

In the Tar Heel state, games of chance are defined as gambling, and gambling is illegal with certain exceptions: the state lottery and tribal gaming.

Dr. Mark Creech, executive director of the Christian Action League, attended the committee meeting and said, “We owe a debt of gratitude to members of the committee like Rep. Michael Speciale (R-New Bern) who eloquently expressed his doubts about the claim that DFS is not gambling. The presiding Chairman of the committee, Rep. Chris Millis (R-Hampstead) said he was opposed to the measure.”

Dr. Creech added, “Our friend and colleague, John Rustin, president of the North Carolina Family Policy Council testified before the committee, and I’ve never heard him be more articulate.”

“Daily Fantasy Sports is gambling,” Rustin told the committee forcefully. “The way these games are structured there are an incredible number of variables beyond the participant’s control or ability to predict, which determine whether he or she wins or loses. The elements of chance far outweigh the elements of skill, and that is exactly how gambling is defined.”

Rustin also lamented the bill was actually lacking in its claims of regulation. “There are no substantive monitoring and enforcement measures to ensure, for example, that minors are not participating,” he argued. He also questioned whether the Secretary of State’s office was adequately equipped to verify a player was at least 18-years-old, “considering the complexities of regulating internet access to minors, particularly as it relates to gambling.”

Moreover, said Rustin, the fines that would be imposed on DFS for breaking the law were pittance for the industry. “The only risk a Fantasy Sports gambling operator faces for violations of the law is to have their registration revoked and possibly pay a civil fine of $1000. Just to put this in perspective, according to Forbes, FanDuel and DraftKings spent a combined total of $500 million on advertising in 2015!,” said Rustin.”

After the meeting, Dr. Creech noted that MGM Casinos Chairman Jim Murren had once said that anyone arguing that DFS is not gambling is “absolutely, utterly wrong.”

“If the casinos say it is gambling,” said Dr. Creech, “you can bet your bottom dollar it is gambling. At this point, I’m cautiously optimistic our state has dodged a bullet. Let’s give thanks to God in prayer.”

Dr. Creech also urged Christian Action League supporters and all citizen Christians, however, to stay alert. Although the measure has been defeated in the House Regulatory Reform Committee, gambling measures, he said, are like “Wac-a-Mole.” They have a tendency to pop up somewhere else.