You are here: Home / Christian Action League / Fantasy Sports Bill Does Constitute Gambling, ‘Saying it doesn’t is Part of the Fantasy’ 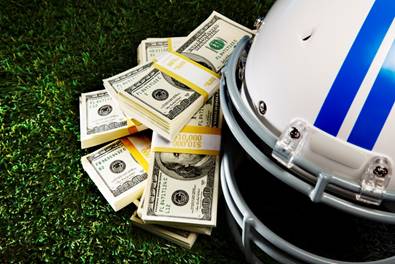 But even as bill sponsors claim their proposed law would offer guidelines and a means to supervise the growing industry, in truth the measure would do little more than legalize yet another form of gambling in exchange for giving the state a cut of the profits.

“Just because the bill says these types of games ‘do not constitute gambling,’ does not make it so,” said the Rev. Mark Creech, executive director of the Christian Action League. “That’s part of the fantasy.”

DraftKings and FanDuel are two of the most well-known fantasy sports companies. They offer online gaming whereby players select virtual teams consisting of actual athletes, then compete based on how those chosen athletes perform. Unlike traditional, season-long fantasy sports that began as a hobby played among friends, daily fantasy sports (DFS) contests restart constantly, last a day or a weekend and mean big money for gambling operators who act as bookmakers.

DFS companies are already banned in six states and have been forced to apply for a gambling license in Nevada. Only three states have deemed the games legal, and three others changed their laws to accommodate them.

In North Carolina, games of chance are defined as gambling. And, with a few exceptions: the state lottery, tribal gaming and some charity game nights, gambling is illegal.

“These companies can argue that it takes skill to choose a winning team, and we concede that skill is involved, especially in the season-long versions of fantasy sports,” Creech said. “But with the daily games, any skill involved in choosing a virtual team is offset by the huge number of chance variables involved, from an athlete’s health to weather, field conditions or even bad calls by referees.”

He said no amount of projected profits to the state via registration fees — set by the bill at 10 percent of an operator’s prior year gross revenues up to $10,000 — is worth legitimizing the industry and creating more gambling addicts.

“The point of the bill is to give the appearance of regulation and create the impression this is being done on behalf of consumers,” wrote Les Bernal, the organization’s executive director. “No consumer protection groups are advocating for this bill…. The bill favors the gambling interests who stand to benefit by setting up a structure for self-regulation.”

Bernal points out that not only has Gamblers Anonymous added DFS to its list of gambling activities, but leaders in the industry have admitted that it is gambling. In an online discussion on Reddit, DraftKings CEO Jason Robins acknowledged his website was “almost identical to a casino.” MGM Casinos Chairman Jim Murren went further and called anyone arguing that DFS is not gambling “absolutely, utterly wrong.”

DraftKings and FanDuel, among other national companies, have lobbyists working in more than 30 states to push for legalization. And Rep. Jason Saine (R-Lincolnton), who is sponsoring North Carolina’s bill, told the media that requiring game companies to register would allow the state to collect information about the industry and set up a framework that could be used if future changes are needed.

But Bernal and other gambling opponents say DFS violates federal law, which prohibits state-regulated sports betting on the outcomes of professional and amateur sports events. Any state legislation which attempts to legalize fantasy sports would be doing so in direct violation of the Professional and Amateur Sports Protection Act of 1992, they say.

Rev. Creech said the push to legalize and legitimize DFS reminded him of the video poker industry that plagued North Carolina for nearly two decades beginning in the early 1990s. In fact, DFS companies already offer “eSports,” which Bernal describes as a system “to encourage young people to wager and lose money on video games” and a way to “turn every kid’s video game console … into a Las Vegas casino.”

Creech warned that, just as with video poker, regulation of DFS gambling is not the answer.

“If an activity is potentially dangerous or risky, but not illegal, it should be regulated,” he said. “But when something is clearly against the law and harmful to a state’s citizenry, it doesn’t need to be regulated. It needs to be prohibited.”

House Bill 279 has been referred to the Committee on Regulatory Reform. If it gets a thumbs up there, it will go to the House Finance Committee.