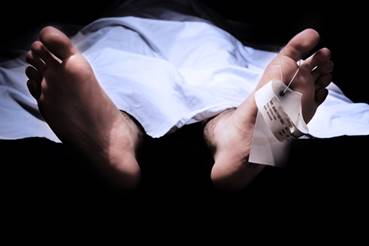 While the alcohol industry may still be celebrating its recent monumental legislative win — a $4.2 billion federal tax cut delivered in December — health and public policy experts are tallying what the move will cost the nation in medical and social costs and, profoundly worse, in human lives.

Already, excessive alcohol consumption causes 88,000 deaths a year, according to the Centers for Disease Control and Prevention. The Brookings Institution expects 1,550 more people will die this year as a result of the tax cuts, which will drive up alcohol consumption. Between 280 and 660 of those deaths will happen on the nation’s highways.

“If only our nation’s leaders valued these lives as much as they’ve shown they value alcohol, or at least the political contributions they receive from the alcohol industry,” said the Rev. Mark Creech, executive director of the Christian Action League. “They touted this part of the new tax law as a boon for small craft brewers and a way to produce jobs, but what economic benefits could possibly be worth the lives of 1,550 people?”

Aside from the expected rise in alcohol-related deaths, research shows the alcohol industry is not coming close to footing the bill for the harm it brings to society.

Brookings, a century-old nonprofit public policy organization, reports that, “Based on economic evidence of the negative externalities imposed by alcohol, the total local, state and federal tax on alcohol should be roughly four times higher than it is now, and certainly not lower.”

Those “externalities” involve everything from traffic accidents and emergency-room trips to poorer health among Medicaid recipients, explained National Public Radio this week in a report that cited the CDC’s tally of excessive alcohol use at $2.05 per drink.

Contrast that price tag with how much states actually charge in excise taxes, according to a just-released study from the Boston University School of Public Health.

“In 2015, average state-specific excise taxes were $0.05 or less per standard drink across all beverage types and have experienced substantial inflation-adjusted declines,” shows research published last month in the Journal of Studies on Alcohol and Drugs.

“If we don’t recover the costs related to alcohol sales, then it amounts to a subsidy for people who drink, and who drink excessively,” Naimi told NPR.

Creech said “subsidy” is the exact right word to describe the recent tax changes. Provisions from the Craft Beer Modernization and Tax Reform Act of 2017 include lowering the federal excise tax on beer from $7 to $3.50 per barrel on the first 60,000 barrels for brewers producing less than 2 million barrels per year through 2019. All other brewers will get a $2-per-barrel reduction on their first 6 million barrels.

Although lawmakers and alcohol industry representatives portrayed the tax breaks as a way to help small businesses, Brookings’ calculations show less than 10 percent of the cut will go to small distilleries and breweries.

In fact, the Washington Post reports that Anheuser-Busch InBev will see its excise tax load drop by about $12 million.

The Post also pointed out in a Jan. 3 analysis the lack of rationale for the government handout to an industry already thriving. The number of small breweries soared from 1,653 in 2009 to 5,301 in 2016, according to the Brewers Association.