You are here: Home / Rev. Creech's Commentary / Evil, the Rapture, Responsibility, and Radiation

Just a few days ago, our country commemorated the terrorist attacks on the World Trade Center, and the Pentagon. That morning, September 11, 2001, death, carnage, and mayhem ravaged our country.

“Evildoers – that was the very old-fashioned, almost biblical sounding word evoked by President Bush to describe the September 11 mass murders. ‘The evil ones’ was another phrase he used,” writes William J. Bennet in his book, Why We Fight.  “Not since Ronald Reagan termed the Soviet Union an ‘evil empire,’ and thereby called down upon his own head the indignation of supposedly sophisticated people everywhere…[I]t took George W. Bush, a ‘cowboy’ president like Ronald Reagan, to revive the language of good and evil.”

Whatever happened to good and evil?  Evil is often nowadays called good. And good is called evil.

Matters of moral import didn’t use to be so fuzzy, added Bennet in his book. “In one form or another, an easy-going relativism, both moral and cultural, is our common wisdom today. But things didn’t use to be that way. It used to be that a child in this country was brought up to revere its institutions and values, to identify with its customs and traditions, to take pride in its extraordinary achievements, to venerate its national symbols. What was taught along these lines in the home were reinforced in the community and the schools; what may have been wanting in the home was supplied by the community and the schools, and reinforced by public authority. The superior goodness of the American way of life, of American culture in the broad sense, was the spoken and the unspoken message of this ongoing instruction in citizenship.” Obviously, this is no more.

Today evil is pervasive and “evildoers” abound in our country.

Violent crime is on the rise in many of the nation’s largest cities.

Approximately a million lives are mercilessly ripped to pieces by the abortionist’s knife every year.

Human sexuality is now twisted and perverted on numerous levels.

Religion, in general, is marginalized, ousted from the public arena, while Christianity is assailed.

The news media has become a band of liars and talebearers.

Corruption in government is commonplace. So much is this the case, Americans now expect their public officials to deceive and manipulate.

The plight of the poor is real. However, the people claiming to help them most often leverage their poverty for their own political gain and tout policies which make them slaves of the state.

Alcohol and drug abuse are a national calamity. There is hardly a family anywhere that hasn’t been touched by one or the other.

The government now fleeces its own citizens to sustain itself with proceeds from gambling.

This is only to point out a few faces of evil.

Christians already know about these things. Many times when I discuss our cultural maladies with fellow believers, whether in a personal conversation or in a group setting, the common response is that they fully agree morality is in a free-fall and our nation is in real trouble.

But then they almost always add to their expressions of agreement something like this, “Well, you know the Bible said it would get this way before the return of Christ.”

I’m not interested in getting into a debate on eschatology. Still, let me tell you what does bother me. I find it troubling so few ask, “Well, what should we do about it?” It seems too many would prefer being raptured out of responsibility, rather than engaging society to make a difference.

Christians possess the one answer that can turn back the tide of evil-doing. I think the motto of the Christian Action League, the organization I represent in North Carolina, sums it up well. It reads, “The only lasting cure for evil and injustice is Christian action.”

In 1961, a K-19 Soviet Nuclear Submarine was conducting a training exercise in the North Atlantic, when a pipe carrying coolant to its nuclear reactor burst. In the reactor room, the temperature quickly soared to 140 degrees, and the radiation level seriously mounted. The reactor room had to be cooled or it would rupture and poison the sea with toxic radiation.

The captain of the ship called for volunteers to go into the perilous room and weld a new cooling system. Knowing the dangers involved, the men worked in three-man shifts for five to ten minutes, wearing only raincoats and gas masks for protection. They eventually succeeded in repairing the cooling pipe and preventing the Sub from exploding.

Afterward, the men who had gone into the reactor room started profusely vomiting. They experienced skin reddening and swelling. Dots of blood appeared on their foreheads and scalps. Within a couple of hours, their appearance wasn’t even recognizable. In just a few days, eight of them died a horrendous death. After two years, fourteen more of them died from the effects of radiation. 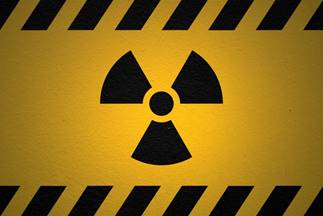 Evil is like radiation. If the breach allowing it is not mended, it spreads and the results can be catastrophic.

Jesus is indeed coming again. Perhaps he will come soon, but just exactly when no one knows. It could be decades from now – another century or more. In the meantime, evil is spreading and a moral nuclear holocaust seems imminent if we are unwilling to resist it at the cost of sacrifice.

What kind of life will be left for our posterity if Jesus tarries and the evils of our day are permitted to flourish?

Don’t be so heavenly minded that you’re no earthly good.

There’s work to be done, short and long range, and the Savior should catch us doing it when he arrives.