You are here: Home / Christian Action League / Even ‘Sons of Belial’ Can Be Saved 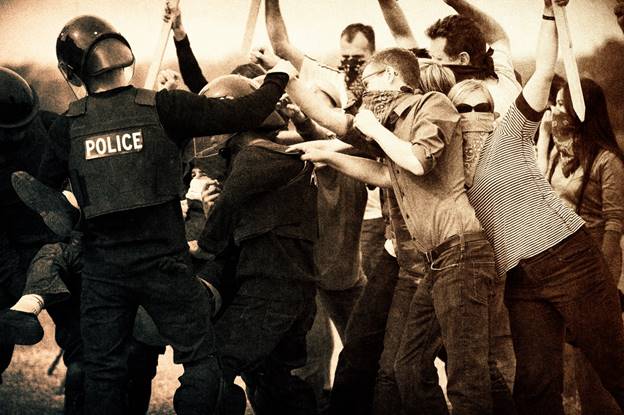 Socialists, Communists, and Antifa have been prominent at the pulling down of Confederate monuments. Listening to the vulgar-laden chants of these activists, witnessing their fear and intimidation tactics, the violence they exercise, as if they were defenders of some righteous cause, is more than disturbing.

They demonstrate no reverence for God or man. Dialogue is out of the question. Brute force, suppression, and control are their chosen methods.

The Socialists and Communists are synchronized perfectly with their predecessors in history who specialized in manipulation and mayhem. Antifa (Anti-fascist) are the very opposite of what they claim. They are the fascists – radical authoritarians characterized by despotism.

These groups are like the “sons of Belial” described in the Old Testament, a phrase used for characterizing worthless, wicked, lawless, godless, idolatrous persons. They speak out against hate but personify it in their words and actions. They argue for equality, but marginalize, silence, and persecute anyone who differs with them. They are “scoffers,” hardened and at ease with their sin. God is not a part of their thinking. They believe his sovereignty is a kind of slavery from which to be freed.

Yet for such Christ died to save. What incredible love! Think of it. Anyone can come to the Cross of Christ; anyone can look up at Christ’s suffering there, bleeding in his stead, and importune the Savior for mercy, grace, and forgiveness. The arms of Christ are stretched wide on that tree to embrace any person who comes in repentance and faith.

I do not offer these remarks in a spirit of self-righteousness. John Bradford said it best, “But for the grace of God there go I.” I too once stood in the filth of my own rebellion. “Man looks on the outward appearance, but the LORD looks on the heart” (I Sam. 16:7). Nevertheless, I’ll say it again. An experience with the living Christ, an encounter with his unspeakable love, changes everything.

Judgment and hell await the unrepentant, whether they are Socialists, Communists, Antifa, or even the sanctimonious church member who has never seen the impoverishment of his soul before a Holy God.

Pray for these “sons of Belial,” who stir strife, deceit, and anarchy. Pray for the self-deluded. Pray for peace – the peace of God in Jesus Christ.