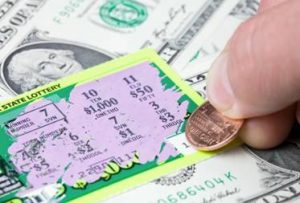 Dr. Mark Creech, executive director of the Christian Action League said the draft legislation is the result of a report given by the 2017 Program Evaluation Division. “The theory is that if the state could increase lottery retailers, while also paying less to them, plus adding more video lottery terminals and online games, the state would garner more revenue from the lottery,” said Creech.

The draft legislation would add powers and duties to the Lottery Commission for establishing targets and implementing strategies to grow retailer participation. It also directs the Commission to submit a report each year to the Joint Oversight Committee and the Fiscal Research Division that details the results of all the Lottery Commission’s efforts to grow retailer participation and to measure the effectiveness of lottery advertising. Finally, the Commission is to study methods to increase sales, which would also include new gaming technologies, as well as gaming options that are available in other states, and report back on their findings by December 1, 2018.

According to the NC Insider, a state government news service, lawmakers at the meeting expressed concerns that not enough money was going to support education, and too much lottery revenue was going to “staff salaries and other agency expenses.”

“‘We call it the Education Lottery, but barely a quarter of the money goes to education,’ said Rep. Craig Horn, (R-Union). And Rep. Dollar, (R-Wake), said he’s cautious about expanding the lottery into new technologies. ‘I hope we go really slow on any thought of trying to get younger people hooked on the lottery through their cell phones,’ he said. ‘It gives me great trepidation to think about that,” reported the NC Insider.

Dr. Creech said the Christian Action League was a zealous opponent of state-sponsored gambling in North Carolina for 33 years, but lawmakers passed legislation for a state-operated lottery in 2005.

“The lottery is a failed government policy,” said Creech. “It was sold as a means for boosting education spending. It’s failed to deliver on that promise just as we expected and as considerable research has demonstrated. In fact, North Carolina’s legislative leaders, both Democrat and Republican have used it to cover up cuts to education. New monies the public assumed would be added for education spending have basically taken the place of education’s funding stream. It’s essentially a shell game, and most lawmakers know it. Admittedly, it’s popular with the public, but no one who understands it can honestly say it’s a good way to raise money for education. That’s fool’s talk. Morally, it’s also a fundamental violation of our state’s motto, Esse Quam Videri, which means ‘to be rather than to seem.’”

Lawmakers seemed cautious during this meeting, as they did in another Oversight Committee meeting back in February, about the possibility of adding digital games. Some lawmakers at that time were concerned digital sales could injure retail sales, while others thought it could complicate the state’s long-standing bout to keep video sweepstakes out.

According to the Associated Press, at the meeting in February, House Majority Leader John Bell (R-Wayne) “warned that critics of the lottery in the legislature could pass laws placing more restrictions on North Carolina’s lottery, which began selling tickets in 2006, if it went quickly with digital games. ‘I think it’s going to cause a lot of concerns, a lot of angst in this building,’ Bell said, adding that ‘if it’s not handled the proper way moving forward that there will be legislation coming out of this building that could actually hurt the lottery.’”

Dr. Creech added that while lawmakers are discussing the possibility of expanding state-sponsored gambling via the lottery, pastors should be making their congregants aware and urging them to discourage their lawmakers about the prospect. “Pastors should take up the matter of gambling from the pulpit,” he admonished.

“Pastors often talk about stewardship from the pulpit and, when they do, this subject could be included. Gambling is a stewardship issue on a number of levels,” Creech said. “We hold our resources in trust and are accountable to God. Gambling ignores this principle and stakes our trust in luck or chance. The amount of money we gamble isn’t so much the issue as it is the principle – the idolatrous nature of the act itself. When we win at gambling, it’s always at the expense of other people’s pain. Stewardship preaching is about more than tithes and offerings. It also includes the Scriptures’ condemnation of gambling.”