You are here: Home / Christian Action League / Critical Facts Churches Need to Know About the Consideration and Approval of Brunch Ordinances 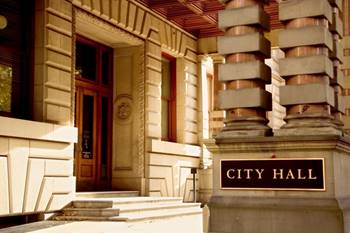 Since the passage of the Brunch Bill numerous communities have already approved brunch ordinances or scheduled to take them up for consideration.

According to the North Carolina Restaurant and Lodging Association, as of Tuesday (July 11), as many as 16 cities, towns, or counties were considering them, while six cities and towns had already adopted them.

The new law, dubbed by the media as the Brunch Bill, which Governor Cooper signed on June 30th, authorizes county commissioners and city councils to allow bars, hotels, private clubs and restaurants to roll back the time for alcohol sales from 12:00 noon to 10:00 a.m. on Sunday mornings. The measure also expands the hours of sale for retail sales of beer and wine in convenience and grocery stores. But before this can happen, local governing bodies have to pass an ordinance that allows for it.

Dr. Mark Creech, executive director of the Christian Action League, recently admonished, “If the churches have anything to say concerning America’s number one drug problem which is alcohol, if they are concerned about its widespread use in their communities and the inevitable negative consequences it will bring, then they had better start saying it. The question of earlier alcohol sales on Sundays is likely to be coming sooner than later.”

Here are some critical facts churches need to know about the approval of brunch ordinances.

Consideration and Approval of Brunch Ordinances

So how does the new law work?

First of all, it is important to note that the new law does not include specific procedures for adoption, so general ordinance statutes apply, which are different for cities and counties.

For counties:  An ordinance may be introduced and adopted at the same meeting if it receives a unanimous vote of all board members. If the vote is not unanimous, but the ordinance is not defeated, it must be brought up again at the board’s next regular meeting, at which time the standard for passage is lowered to a simple majority. In other words, at the second meeting or any other meeting within 100 days of the date the ordinance was introduced, it can be adopted as long as it has the approval of more than half of the board members present and voting. The law does not require counties to post a special public notice regarding the ordinance. Nor are they required to have a public hearing.

For cities:  The North Carolina statutes regarding ordinances says a council may adopt an ordinance the day it is introduced if approved by two-thirds of council members. If it is not defeated, but fails to meet the two-thirds majority, it can be adopted by a simple majority of those present and voting at a future meeting. Just like with counties, no special notice or public hearings are required unless the city has, in its charter, a rule requiring public hearings for all ordinances.

Oddly enough, according to state law, if leaders of a city want to pass an ordinance restricting business activities on Sundays, they must give public notice once a week for four weeks in a row and hold a public hearing. But because this law expands hours rather than restricting hours during which a particular business activity can occur, legal experts say the public hearing requirement does not apply.

Without a public hearing and/or special notice, how can we encourage our local lawmakers not to adopt this ordinance?

Because a public hearing is not required, the only way for Christian Impact Teams and other church representatives to know if their city or county leaders are considering adopting a Sunday brunch ordinance is to ask them directly if the brunch provision is coming up on any meeting agenda. And, because agendas can be, and often are, amended on the night of the meeting, these groups should attend meetings to watch and monitor their elected officials’ actions.

It is safe to say that if you live in an area where alcohol is being served and your city or county has not yet taken up the issue, they likely will do so very soon.

If my county adopts an ordinance, will that include my city?

If a county adopts the ordinance, it applies only to the unincorporated areas of the county, not to areas inside cities that are within that county, unless those city councils adopt a resolution making the county ordinance enforceable inside the city limits.

By the same token, a city may adopt a Sunday brunch ordinance even if the county chooses not to do so.

The Christian Action League is currently working on two resources for churches to use when opposing brunch ordinances, but these were not ready at the posting of this article. The first is a suggested resolution that churches, as well as denominational groups can pass and present to local governing authorities. The second is a list of talking points that might be employed in arguments against them.

These two resources should be available upon request no later than July 21st. Watch your email, the League will announce when the work is ready.

In the meantime some talking points might be drawn from a recent email Dr. Creech sent to Mecklenburg County Commissioners when they took up a brunch ordinance.

Please pass this information along to the appropriate parties in your church.