“I’m thrilled to provide this special guest podcast with Dr. Mark Creech, President of the Christian Action League in North Carolina. In this podcast, Dr. Creech shares from his decades of ministry experience, helping us understand how Christians can lead in today’s climate.”  – Pastor Michael Anthony

What should Christians do in the face of an increasingly hostile culture? How should church leaders address social issues in the post-Christian era? And what about the separation of church and state?

“The temptation is to withdraw, but the darker it gets, the brighter our light,” said the Rev. Mark Creech, executive director of the Christian Action League. He answered these questions and more in a recent podcast featured on Michael Anthony’s website, CourageMatters.com.

Anthony, a nationally known author, pastor and radio talk-show host, said he interviewed Creech to help his listeners understand “how Christians can lead in today’s climate.”

Creech, who pastored for 20 years before taking his post with the CAL in 1999, said that first, those behind the pulpit must be willing to address the issues.

“I don’t mean that a pastor has to talk about politics every Sunday, but he should be giving his people something relevant,” he said. “He has to speak to the issues and disciple and train his people about what the word of God says.”

Creech said the Gospel is about more than just the redemption of souls.

“The Gospel is broad and sweeping; it’s also about the redemption of society and culture, the Christianizing of nations,” he said. “It is part of our core mission to engage the culture with the Gospel.”

As for people worried about the so-called “separation of church and state” or those who believe the church should stay out of politics, Creech pointed out that by definition, politics is simply the “affairs of the people.”

On the contrary, he told Anthony and his listeners that leaders in the faith are derelict if they are not seeking to bring Christian principles to bear on their society. He further rejected the idea that “you can’t legislate morality.”

“I suggest that you can’t legislate anything but morality. Our laws are the means by which, as a culture, we say ‘this is right and this is wrong,’” Creech said. “I think the real question is whose morality are we legislating?”

“Whenever we are dealing with public policy, somebody’s value system is imposed on us whether we like it or not,” he continued, reminding listeners that Christian principles are superior to all else and that “the principles of the Word of God will provide the best policy possible.”

Anthony, who doesn’t shy away from controversial issues, commended Creech’s work and his exhortation to the body of Christ, and asked him why he believes Christians in America seem to be retreating rather than stepping forward to engage those around them.

“There are a lot of reasons, but much of it is fear: intimidation, fear of being rejected, of being labeled, called a homophobe, a bigot, narrow-minded, … the fear of being ostracized or hated or even the fear of loss,” Creech said. “I tell pastors this all the time: Following Christ means carrying the cross. There is no redemption of any kind without a cross. You can’t make things better, whether in your own family or church or culture, unless you are willing to face the wrath of others and pay the price.”

He said when church leaders are willing to carry that cross, that even if they have setbacks, the Gospel will spread.

“It’s critical for us to recognize this is our moment, in our generation, in our time to make a difference for Christ’s sake,” Creech said. “This is our calling for this moment in time.” 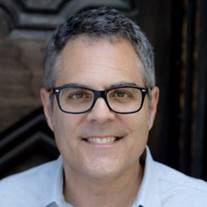 Michael Anthony has been called an ‘extraordinary” communicator. He is an outside-the-box, innovative leader who is regularly featured in major publications and news outlets, including Charisma News, CNN, Fox News, Daily Wire, Townhall, The New York Times, Christian Post, Los Angeles Times, and Politico. He’s known for his eloquence and the rare combination of a passionate, prophetic voice and a genuinely humble approach to dialogue. Watching, listening or reading what he has to say is always, engaging, enlightening, and inspiring.

His book, A Call for Courage, is a practical handbook on how to stand up and speak out in an age where arrogance and fear are on the rise.

To get your copy of Michael Anthony’s book, Courage Matters, click here