You are here: Home / Alcohol / Craft Brewers Continue Their Attack on the Three-Tier System of Alcohol Control by Filing Suit over Self-Distribution Limits 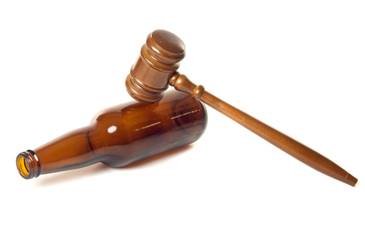 RALEIGH – A little less than a month after losing their fight to lift the cap of self-distribution, craft brewers in North Carolina are now looking to the courts.

Monday, Craft Freedom, LLC, and two Charlotte-based breweries, The Olde Mecklenburg and NoDa Brewing, filed suit in Wake County Superior Court against the state of North Carolina alleging that the state’s current self-distribution and franchise laws are a constitutional infringement.

The complaint argues “North Carolina’s ‘Distribution Cap’ punishes craft breweries for their own success by forcing them to hand over the rights to distribute their own beer to private distributors if they sell more than 25,000 barrels.” They further argue that the Distribution Cap is the opposite of the American Dream and violates multiple provisions of the North Carolina Constitution.

The craft beer industry has its genesis in the “Pop the Cap” movement, which won the approval of legislation in 2005 that lifted the cap on alcohol content in beer from 6% to 15%. Since then the industry has grown extensively with more than 200 breweries in the Tar Heel state.

The Christian Action League lobbied against the ‘Pop the Cap’ legislation. In a 2015 article titled, Pop the Cap: 10 Years Later and Every Fear Realized, CAL executive director, Dr. Mark Creech explained the negative impact “Pop the Cap” has had in North Carolina.

The Christian Action League also lobbied hard this year to prevent the specialty beer industry from lifting the cap on self-distribution limits, which was a part of HB 500- ABC Omnibus Legislation.

“In my estimation, the craft beer industry has done more to injure the efforts to protect our citizens from alcohol’s inherent risks to safety and health than any group,” said Dr. Creech.

“They couldn’t reach a consensus of lawmakers on their arguments, so now they turn to the courts to force their demands on our state. If you can’t beat’m, then take’m to court where the judges will legislate from the bench. This is the way so many do it today. Make no mistake! This is a brazen attack intent on destroying our three-tier system of alcohol control. These folks want to completely dismantle self-distribution limits and franchise laws.”

To whatever level the three-tier system is diminished, the clarity of the chain of custody that scrupulously traces the product from production to sale is lost. Abuses such as sales to minors, securities against contaminated or counterfeit products, and an accurate means of collecting excise taxes would in some way be seriously negated.

“If the specialty beer industry can succeed in destroying the three-tier through our courts, we will start moving back to the same kinds of abuses that precipitated Prohibition, except it’s doubtful the nation would ever go back to that again. I don’t think it’s hyperbole to say it will mean chaos, corruption, broken lives, death, and a thousand other devils on a scale we may have never seen before in a drug saturated society like the one we’re living in today,” said Dr. Creech.

The current standard of 25,000 barrels of beer annually is actually high and not low as the brewers would have the public or the courts to believe. Ninety-two percent of breweries in the country produce less than 7,500 barrels a year per brewery.

Brewers have hired judicial heavyweight Bob Orr as their primary council. Orr is formerly an Associate Justice of the North Carolina Supreme Court.