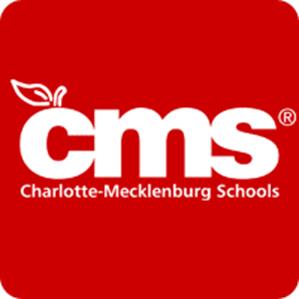 CHARLOTTE – Students in Charlotte-Mecklenburg Schools will hear more about gender orientation, gender identity and gender expression following the Board of Education’s controversial 7-2 vote to broaden its multiculturalism policy. Rather than “appreciate the value” of diversity, the schools will now “intentionally incorporate” these topics in lessons, study material and staff training.

Tuesday night’s decision followed a public hearing during which some speakers pleaded with school officials not to undermine parents’ rights to teach their children values.

“I respect all life, but we do not have to embrace all lifestyles,” Ted White, a pastor and CMS parent, told the board. He said he and his wife were raising their children to love and respect all people and that they do not need CMS to teach them about other values.

He said policies that force teachers to “intentionally incorporate” lessons attacking traditional values and introducing gender confusion to young children are harmful and should be rejected.

“Already Charlotte-Mecklenburg Schools were called out for plans to use a book about a cross-dresser to teach first-graders,” said Creech. “The public should now know that with this new policy the school board has chosen its priorities, putting promotion of the LGBTQ agenda above parents’ rights to teach their own children about sexuality.”

In fact, board member Carol Sawyer reached out to an LGBTQ activist organization via social media asking them show up in support of the policy and discounting emails from concerned parents, many of whom reached out after learning about the school board’s plans from the NC Values Coalition. Some parents brought signs to the hearing urging the board to “Protect our kids’ innocence” and reminding them that “Culture is not a catch-all.”

The new policy is not surprising, as the school system has repeatedly introduced controversial materials related to gender identity.

Last year the controversy over what Char-Meck students were being taught led more than 3,000 people to sign a petition asking that the system stop using the “Welcoming Schools” resources distributed by the Human Rights Campaign, the nation’s largest LGBTQ promoter.

The petition, circulated by the NC Values Coalition, said students should be taught “to be respectful of each other regardless of differences,” but that families should be allowed “to address topics such as alternative lifestyles and gender confusion when they feel it is developmentally appropriate and within the privacy of their own homes.”

Despite complaints, the school system has defended its use of the materials, saying books about boys wearing dresses or a red crayon that identifies as blue are needed to teach diversity. It will now be up to Superintendent Clayton Wilcox to lead staff in putting the new policy into practice.

Creech warned CMS parents to expect their children to be exposed to more egregious lessons promoting alternative lifestyles, all in the name of broadening diversity and preventing bullying.

“No one should be bullied, period,” Creech said. “That includes children who refuse to embrace ideas such as gender fluidity.”

Creech added that he also thought that Christian parents who have their children in the CMS School system should seriously consider making a change in their children’s education.

“Such decisions involve many questions and each parent must judge,” he said. “But sometimes there is a line too far.  When the schools are determined to teach your kids things that will damn their souls, no sacrifice should be too great to remove them from those damnable influences. There are great alternatives out there.”