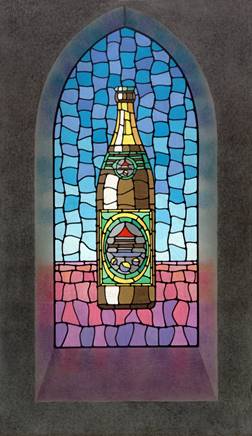 ABC stores open on Sunday? The sale of high-octane beer that’s more than 15 percent alcohol by volume (ABV)? Surely not in North Carolina.

“Not yet,” says the Dr. Mark Creech, executive director of the Christian Action League. “But if our churches don’t start taking alcohol policy more seriously, these misguided ideas could become law, especially as the alcohol industry continues to push the envelope.”

Way back in 2005, when then-governor Mike Easley signed the “Pop the Cap” bill, more than doubling the state’s ABV limit, Creech warned that the action would not satisfy proponents of the change for long. And he was right.

Now that the limit has been upped from 6 to 15 percent, breweries are grumbling that they want products outside the 15 percent limit. The question from the industry and its supporters, is why not throw open the door to beers with an ABV as high as 28 percent?

In fact, a recent Indy Week article not only lamented that North Carolina prohibits beers in the 15-to-20-percent range, but praised European breweries for creating beers with what it admitted were “ridiculously high ABV ratings,” some topping 40 percent.

“These complaints that the cap is still too low and should be raised even higher truly just prove our contention that whenever we loosen controls, it’s only a matter of time before proponents come back with more requests for changes,” Creech said. “It’s the classic ‘give them an inch and they’ll take a hundred miles. It never ends unless there is demonstrative opposition’”

A second news report this week deals with other alcohol-related issues that could also be headed to North Carolina.

According to an Associated Press story out of Indianapolis, Indiana, officials there may do away with Sunday sales restriction. The article calls current Indiana law “antiquated.”

Creech says similar sentiments exist among lawmakers in the N.C. General Assembly, and he expects legislation regarding more Sunday sales for North Carolina to make its way to Raleigh.

“No specific proposal has reached my ears yet, but I think we can anticipate that at some point, the next move regarding Sunday sales in the Tar Heel state will be to allow ABC stores to open on Sunday,” he said.

As of June 30th of this year, the so-called “Brunch Bill” began allowing cities and counties to back up alcohol sales in stores and restaurants from 12:00 noon to 10 a.m. on the Lord’s day.

State-run ABC stores are currently open Monday through Saturday, from 11 a.m. to 9 p.m.

“The only thing that can stop these kinds of initiatives which will, undoubtedly, negatively impact our communities, is for pastors and key church leaders to complain to their state House and Senate members that changes which continue to loosen the state’s alcohol-control measures must stop,” Creech said.

Dr. Creech added many lawmakers will contend that it’s not a religious issue but a free market one. “But alcohol is no ordinary commodity and cannot be treated as other products within a free market system,” he says. “It poses significant risks to the public’s health and safety. And I am my brother’s keeper.”

On November 7, 2017 the American Society of Clinical Oncology (ASCO) released a statement reporting research that ties alcohol use to several types of cancer and recommended less alcohol consumption. Moreover, the statement promotes strategies for mitigating alcohol use, or as the statement reads, “minimize excessive exposure to alcohol,” that are in line with the advocacy of the Christian Action League. Yet lawmakers continue to largely ignore these strategies, putting their constituents at unnecessary risks.

“Churches have the greater responsibility in this regard,” said Dr. Creech. “You may not hold that drinking is wrong, but surely you understand that unless alcohol is effectively regulated, people will die, families will fail, and countless lives will be injured or permanently ruined. If we really care about the more vulnerable in society as Christians should, then we must start taking this issue more seriously.”