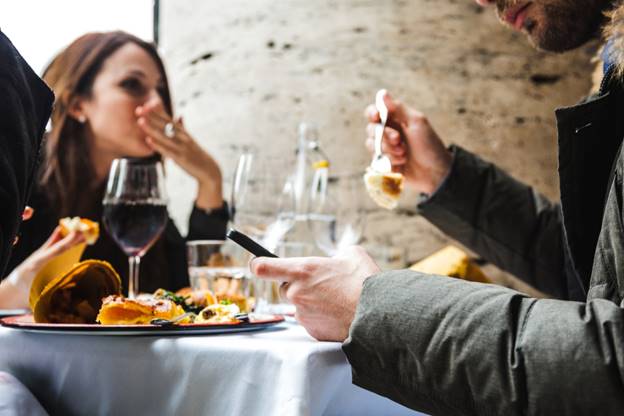 ROXBORO – Brunch Bill proposals have made their way to the local governments of Roxboro and Person County.

According to reporting from The Courier-Times, during their regular meeting on August 20th, County Commissioners voted 4-1 in support of a Brunch bill. Because the measure didn’t receive a unanimous vote as required, it will be voted on again at the Commissioner’s next meeting, September 4th. The vote in September will only require a simple majority for passage.

Two people expressed support during the citizen comment segment. Carter Lewis of Buoy’s Bar and Grill and Kirby McSherry, the restaurant’s chef, argued that if a Brunch ordinance passed it would provide their establishment with more selection, an additional job shift for employees, and the opportunity at a new revenue stream.

McSherry said, “This bill will help bring customers in and give a reason for our local people to support the community, rather than driving to Durham, Hillsborough or Danville.”

Chairman Tracy Kendrick spoke in favor of the bill, saying it would bring increased tax revenue to the county. But Commissioner Kyle Puryear said that he couldn’t support it.

“Most of you were not on board when they put liquor-by-the-drink on the ballot,” Puryear said. “I didn’t support that. I don’t think 10 o’clock or 12 o’clock is going to make a lot of difference. I’m still not interested in supporting it. If it was any day but Sunday and there was a problem with it, I wouldn’t mind extending the hours. I’m not going to make a big issue out of it, but I am not going to vote for it,” reported The Times.

Last year, Gov. Roy Cooper signed legislation, commonly referred to as the “Brunch Bill.” The new law authorized county commissioners, town and city councils to allow bars, hotels, private clubs, and restaurants to roll back the time for alcohol sales from 12:00 noon to 10:00 a.m. on Sunday mornings – an increase of 2 hours.  It also expanded the additional two hours of sale for retail sales of beer and wine in places like convenience and grocery stores. But before this authority can be granted to establishments, local governing bodies have to pass a brunch ordinance.

The Times also reports that the Roxboro City Council had already considered a Brunch Bill proposal at a work session, August 2, but didn’t adopt it because there seemed to be no wave of support by the city.

Kyle Wilkerson, co-owner of the Heirloom Restaurant in Roxboro, spearheaded support for the proposal. Wilkerson claims the passing of a brunch ordinance would make Roxboro “a progressive city.” Additionally, Wilkerson has gathered more than a hundred signatures on a petition to show that there is community support.

City Councilman Mark Phillips and Mayor Pro-Tem Tim Chandler expressed what troubled them about the measure. Phillips said he thought the proposal was too broad and seemed to allow for more than restaurants to start serving earlier. Chandler shared a similar concern. It was obvious that neither understood at the time that Brunch Bills allow not only restaurants to begin earlier alcohol sales on Sunday mornings but any other retail establishments that sell beer and wine.

Dr. Troy N. Rust, executive director of the Beulah Baptist Association, says that the churches he represents are planning to respond to both Brunch Bills and will be present at the City Council and County Commissioners meetings.

“This weekend Beulah Baptist Association is beginning a concerted effort to oppose the brunch bill being discussed over the next two weeks by the Person County Board of Commissioners and Roxboro City Council, respectively.  We pray that our association, as well as other denominations, will take this opportunity to impart biblical wisdom to a culture that dreams of increased cash flow regardless of moral consequences.  Above all, we want to see Christ exalted through our humble efforts!” said Rust.

“Unfortunately, Brunch Bills are typically passed by local governments with little resistance for two reasons, (1) City Councilmen, and Commissioners don’t have sufficient information about their harms; and (2) Churches don’t know that they are being voted on; and (3) the churches underestimate their harms, especially the way they will diminish religious influence,” said Rev. Mark Creech, executive director of the Christian Action League.

The Christian Action League provides a Brunch Bill Toolkit to concerned citizen Christians who would oppose Brunch Bills in their communities. The Toolkit provides the following documents:

1. Critical Facts Churches Need to Know about the Consideration and Approval of Brunch Ordinances – This document addresses critical questions about the way the new law works for counties and cities. It also answers questions about the procedures local governing bodies can use in adopting them. To get this document, click here.

2. Brunch Bill Policies Exacerbate Alcohol-Related Harms and Negatively Impact Religious Influence – This document provides the best talking points against the adoption of a Brunch Bill Ordinance. It provides extensive information with its sources that show the negative impact of a Brunch Ordinance on the public’s health and religious influence. To access this document, click here.

Rev. Creech added that Brunch Bills can be defeated when there is passionate opposition expressed. He cited the way the city of Havelock’s governing body voted 3-2 against a proposed brunch ordinance back in April, and the Craven County Commissioners voted down a proposal, 5-2, in June. “There is no doubt that it was strong opposition from the religious community that helped turn back the initiative there. It can happen, I believe, in Roxboro and Person County too,” said Creech.

Read: Havelock and Craven County Said ‘No’ to Brunch Proposal. Christian Group Says, ‘That’s All I Can Stands and I Can’t Stands No More’