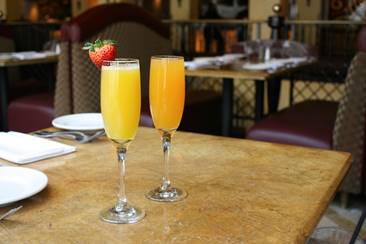 This year the North Carolina General Assembly passed legislation (SB 155 – ABC Omnibus Legislation) that the media dubbed as the “Brunch Bill.” The measure, which Gov. Roy Cooper signed into law on June 30th, authorizes county commissioners, town and city councils to allow, bars, hotels, private clubs and restaurants to roll back the time for alcohol sales from 12:00 noon to 10:00 a.m. on Sunday mornings – an increase of 2 hours.  It also expands the additional two hours of sale for retail sales of beer and wine in places like convenience and grocery stores. But before this can happen, local governing bodies have to pass an ordinance that allows for it.  The following are solid reasons NC counties, cities, and towns should not approve Brunch Ordinances.

In Effectiveness of Policies Restricting Hours of Alcohol Sales in Preventing Excessive Alcohol Consumption and Related Harms, a team of researchers reviewed several studies to assess the effects of increasing hours of sale in on-premises settings (where consumption occurs at the place of purchase) in high-income nations. According to their findings, there was sufficient evidence in ten qualifying studies to conclude that increasing hours of sale by 2 or more hours does increase alcohol related harms. Therefore, disallowing extension of hours of alcohol sales by 2 hours or more should be expected to prevent alcohol related problems.

Note: North Carolina’s Brunch Bill allows for both on-premises sales (where consumption occurs at the place of purchase, ie. bars, and restaurants) and off-premises sales (consumption is not allowed on the premises, ie. grocery and convenience stores), which compounds the negative effect. 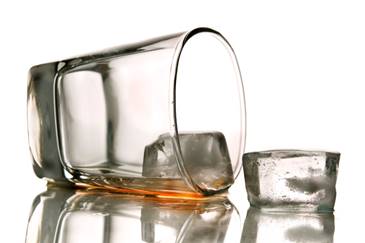 The “Community Preventive Services Task Force,” is an “independent, nonfederal, unpaid panel of public health and prevention experts that provides evidence-based findings and recommendations about community preventive services, programs, and policies to improve health.” It’s 15 expert members, who are appointed by the Center for Disease Control, reported that “increasing the number of hours and days when alcohol can be sold in bars, restaurants, and liquor stores leads to greater alcohol use and related harms, especially motor-vehicle crashes. National, state, and local policies that remove previously banned alcohol sales on weekend days (usually Sundays) or that increase the hours of sale by 2 or more hours contribute to excessive drinking and many dangerous outcomes, including driving after drinking and alcohol-related assault and injury.”

The Task Force recommended “maintaining limits on the days or hours during which alcohol can legally be sold, based upon a state-of-the-art systematic review process of all available studies on the topic.” They further stated, “Laws and policies regulating the availability of alcohol, including limits on the number of days of the week or hours when alcoholic beverages can be sold, are effective public health strategies to prevent the harms that result from drinking too much.”

According to a study titled, Legalization of Sunday Alcohol Sales and Alcohol Consumption in the United States, by Baris K. Yörϋk, three out of five states (Delaware, Pennsylvania, New Mexico, Massachusetts and Rhode Island) that repealed their laws restricting Sunday sales of alcoholic beverages during 1990–2007, experienced significant increases in per capita alcohol consumption. Delaware, Pennsylvania, and New Mexico experienced “significant increases,” while the effect on Massachusetts and Rhode Island appeared to be insignificant.  The study concluded, “This finding implies that increased alcohol availability leads to an increase in alcohol consumption.”

The “2004, 2006 and 2008 editions of Georgia Behavioral Risk Factor Surveillance System (BRFSS) reported that driving under the influence (DUI) arrests on Sundays in Athens, Georgia, increased after Sunday sales of alcoholic beverages were allowed in restaurants.”

“Researchers conducted a study on the impact of the repeal of a Sunday alcohol sales ban in New Mexico. On Sundays, alcohol-related vehicle crashes rose 29% and alcohol-related crash fatalities jumped 42% from 1990 to 2000.”

In Does Legalization of Sunday Alcohol Sales Increase Crime? researchers Jung Lee and Baris Yörϋk, “identify the impact of the legalization of Sunday alcohol sales on several different types of criminal activity…” They “show that the repeal of the ban on Sunday alcohol sales is associated with significant increases in total property and violent crimes committed on Sundays.” They also found, “[i]n particular…states that legalized Sunday sales of alcohol experienced 13% to 20% increase in the total number of violent and property crimes committed on Sundays.” 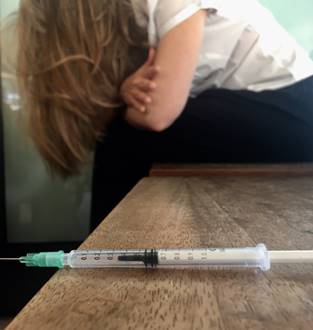 The Opioid Crisis in the Tar Heel state has resulted in action being taken by Gov. Roy Cooper, the North Carolina General Assembly, and the State’s Attorney General to reduce its harmful effects. These efforts should be commended. The total combined cost of the Opioid Crisis for North Carolina has been estimated at $1.3 billion.  But according to the North Carolina based Bowles Center for Alcohol Studies, the destructive and irresponsible use of alcohol and other drugs cost the state $6.8 billion annually. These costs may be tallied in “[l]ost productivity, accidents, injuries, illnesses, property damage, violence and higher utilization of health, social and criminal justice systems which contribute to this significant financial burden. These figures do not include the inestimable cost of human suffering… shattered families, unmet potentials and premature deaths. Research shows the majority of these problems can be directly attributed to people with the disease of alcoholism.” The price North Carolinians are paying for the Opioid Crisis pales in comparison to the costs the state’s citizens are paying for alcohol use and abuse issues. Yet while our state’s public officials hail policies to stem the opioid epidemic, they disregard the overwhelming evidence against a Brunch Bill policy that will undoubtedly exacerbate the larger problem of alcohol related harms.

Moreover, any amount of revenue garnered by business or tax interests from the passage of a Brunch Bill will likely be exceedingly small in comparison to the price the state’s citizens will pay for two additional hours of drinking time on Sundays. It’s just not worth it. 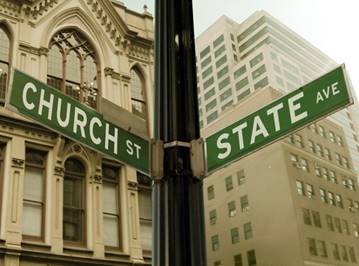 There are many who will argue that limiting sales of alcohol on Sunday, commonly accepted as the Christian Sabbath in our culture, violates church-state separation. They contend that “blue laws” are a throwback to Puritanism. However, in McGowan v. Maryland (1961), the U.S. Supreme Court decided 8-1 that Blue Laws are not unconstitutional just because they arise from religious underpinnings. They concluded, as mostly understood and administered, Sunday laws prohibiting commerce in certain instances are of a secular purpose rather than a religious one.

Furthermore, the High Court has also said that there is no violation of church and state when government cooperates with religion in ways to allow it to flourish. In a 6-3 decision the U.S. Supreme decided in Zorach v. Clauson (1952), (a case that addressed whether students of the public schools could be released for religious instruction): “We are a religious people whose institutions presuppose a Supreme Being. …When the State encourages religious instruction or cooperates with religious authorities by adjusting the schedule of public events to sectarian needs, it follows the best of our traditions. For it then respects the religious nature of our people and accommodates the public service to their spiritual needs. To hold that it may not would be to find in the Constitution a requirement that the government show a callous indifference to religious groups. That would be preferring those who believe in no religion over those who do believe.”

When lawmakers and other governing bodies pass Brunch Bills, they are being sensitive to business’s interests at the expense of religion’s interests. We are more than bread and wine. We are also a religious people. We are spirit, mind, and soul. Even more important to the well-being of our states’ citizens are those things that make for character. We are not simply what we possess. Liberty is dependent on good morals, which cannot be entirely separated from religious instruction and influence. Therefore, the government does well when it isn’t calloused or indifferent to religion, but approves policies that accommodate and even encourage it. Such a friendly relationship between government and religion is not a violation of church and state. Brunch Ordinances create an unfriendly relationship between government and religion. 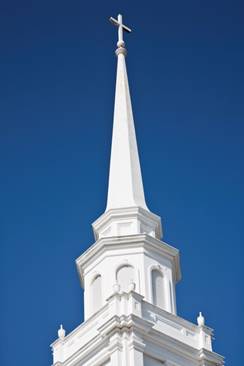 In The Church vs the Mall: What Happens When Religion Faces Increased Secular Competition? authors Jonathan Gruber and Daniel M. Hungerman with the National Bureau of Economic Research considered the causes and consequences of religious participation. In this paper, they sought to identify policy driven changes that affect the opportunity cost of religious participation based on state laws prohibiting retail activity on Sunday, known as “blue laws.” They found that “when a state repeals its blue laws religious attendance falls, and that church donations and spending fall as well.” They added, “These results do not seem to be driven by declines in religiosity prior to the law change…” Furthermore, they assessed the effects of changes in these laws on drinking and drug use. They found that “repealing blue laws leads to an increase in drinking and drug use, and that this increase is found only among the initially religious individuals who were affected by the blue laws. The effect is economically significant; for example, the gap in heavy drinking between religious and non-religious individuals falls by about half after the laws are repealed.”

Culture can either work to undergird religious influence or undermine it. Policies (like Brunch Ordinances) that create increased secular competition for religion results in a decline in church participation. Those who argue religious participation is simply determined by individual choice fail to understand the role culture positively or negatively plays in affecting the scope of religion’s impact. To a significant degree, public policy sets the direction and parameters for culture.

Lawmakers and public officials are sensitive to rejecting legislative initiatives that are counterproductive to an environment conducive to businesses flourishing. Churches also need a similar sensitivity – the kind demonstrated in resisting legislative initiatives that work against religion’s optimum opportunity for a positive impact on the culture. Brunch Ordinances will negatively impact religious influence.

The current North Carolina law prohibiting alcohol sales until after the noon hour has existed for many years. The reason for this has largely been out of deference and respect for churches that do not end all of their services before noontime. Brunch Ordinances beg the question: Where is this respect now?

Brunch Ordinances reveal a tacit disrespect for churches and their primary role in serving individuals and families who are victims of alcohol use and abuse. Churches spend considerable amounts of their time and ministry funds addressing the alcohol-related harms of wrecked lives, property damage and losses, and the addiction needs of people.

Moreover, these services by the church save taxpayer dollars that would otherwise be employed by the state government in social services and public assistance programs. What the church offers is free and even more effective.

Out of profound respect for the indispensable contribution churches make in service to those in the community who suffer from alcohol related issues, it is not too much to expect that public officials would reject any policy which remotely exacerbates the ills churches and religious organizations work so diligently to heal – especially a policy that increases the hours of sale for alcoholic beverages to be sold during their primary meeting time (Sunday mornings before noon).