You are here: Home / Christian Action League / Boy Scouts Move Further Away From Being ‘Morally Straight’ – Churches Should Separate from Them 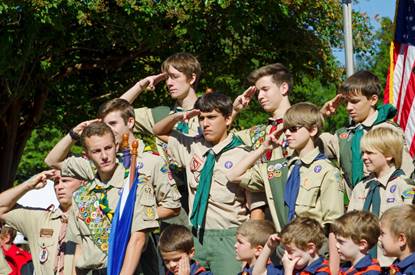 Dale Evans Rogers, wife of the famous cowboy of the Big Screen, Roy Rogers, said of boys: “A boy is Truth with dirt on his face, Beauty with cut on his finger, Wisdom with bubble gum in his hair, and the Hope of the future with a frog in his pocket.”

It used to be that the Boy Scouts of America were an integral part of shaping boys to become men of strong moral character. That’s changed now. The change started with the BSA’s decision to accept openly homosexual youth. Later the decision came to allow for gay adult leaders. Recently, the iconic group, dropped the gender requirement admitting only boys to allow girls to join too and changed its name to Scouts BSA.

Now the World Organization of the Scout Movement (WOSM) is mandating condoms be made available at its 24th World Jamboree to be held in West Virginia next year. The event which is held every four years is guided by the World Scout Committee handbook, which reads, “The Host Organization must ensure that condoms are readily and easily accessible for all participants and IST (International Service Team) at a number of locations on the site. Heads of Contingent must be informed in advance and made aware of their responsibility in communicating this policy to their Participants, Unit Leaders, Contingent Staff, and IST in an appropriate way.”

The guidelines also allow for the consumption of alcohol in “confined areas,” and “in accordance with the host country’s habits.”

Although the Christian Action League receives support from conservative evangelical churches across the denominational spectrum, the vast majority of its funding comes from Southern Baptist Churches in the Tar Heel state. Back in 2013, after the BSA allowed for openly gay youth to join its ranks, the Southern Baptist Convention passed a resolution urging its churches to “prayerfully assess their continued relationship” with the BSA because it is now “at odds with a consistent biblical worldview on matters of human sexuality.”

Now the organization has added alcohol to the mix, which is inconsistent with the SBC’s long-standing position of urging abstinence from alcoholic beverages.

Matt Staver, the head of Liberty Counsel, a nonprofit litigation firm dedicated to advancing religious liberty, the sanctity of human life and the family, has admonished: “Churches that are chartering Boy Scout Troops to the World Jamboree event should be outraged…These guidelines which include condoms and alcohol are completely irresponsible. I can’t imagine any parents who want to send their children to a campout that promotes this kind of outrageous and dangerous behavior.”

Therefore, it becomes more urgent than ever for SBC churches to reevaluate their relationship with the Scouts.

Since the BSA abandoned the Boy Scout Oath to keep oneself, “morally straight,” the Christian Action League has urged churches to end their relationship with Scouting primarily  for two reasons:

Second Corinthians 6:14-18 commands believers not to forge “unequal yokes”  – not to enter into partnership with unbelievers or a system of values that dishonors God. Relationships where two share opposite worldviews and morals will ultimately be reflected by the dominance of one partner over the other. For the relationship to work, one will have to abandon its moral center and move toward the other. Compromise and corruption is most often the result.

The apostle Paul said, “For what partnership is there between righteousness and lawlessness? Or what fellowship does light have with darkness? ….Therefore, come out from among them and be ye separate, says the Lord” (2 Cor. 6:14, 17).

Although the BSA passed a resolution that promises to respect and protect the religious beliefs of churches that charter Scout Troops, legal experts are saying this promise is an empty one.

“By abandoning one of its core values, BSA has invited legal challenges to its other values – namely its requirement that all members do their ‘duty to God.’ If a youth who rejects the traditional definition of ‘morally straight’ can now become a member, then some will argue that rejecting a belief in God should not preclude membership. Indeed, if, as BSA claims, its main reason for the policy change was to make sure that it did not deny membership to any youth, then it is logical that the ‘duty to God’, which also has the effect of limiting membership, would also be challenged. Because BSA has already shown willingness to abandon what it previously claimed was a core belief, will it also abandon its ‘duty to God’ requirement when the inevitable lawsuits come?”

Attorney Richard J. Mathews, who is the former General Counsel for the BSA warns:

“Even if you believe the BSA’s statement that it will bear the cost of defense, the disruption of having to deal with the litigation process, the adverse publicity and the likely intimidation of donors and church members will likely be detrimental to the overall mission of churches and religious organizations.”

He writes, “BSA’s own legal counsel has acknowledged that ‘there is no national determination of whether the BSA is a place of public accommodation.’ Some jurisdictions have concluded that the BSA is a place of public accommodation. Other jurisdictions have concluded that the BSA is not a place of public accommodation…Granting the use of facilities to the BSA – with its acceptance of homosexuality – by religious organizations could result in the loss of their legal protection to deny facility use to other ‘gay-friendly’ or homosexual advocacy groups. Because BSA’s Rules and Regulations state that in the event of the dissolution, revocation or lapse of a unit’s charter the funds and property revert to the BSA, it could be argued that even chartering a BSA unit constitutes granting facility use to an organization (BSA) that opposes the religious beliefs and standards of the religious chartered organization.”

North Carolina currently does not allow public accommodation laws that include “sexual orientation” or “gender identification.”  These are called SOGI laws and this is what the big political storm over HB 2, the ‘Bathroom Bill,’ was all about. In passing HB 2, the North Carolina General Assembly blocked the passage of such “non-discrimination” laws relating to private employment practices and regulation of public accommodations. But a year later lawmakers repealed HB 2 with HB 142, which prohibits any such ordinances from being passed until December 2020; but after that date, local governments will be free to enact these provisions which seriously curtail religious freedom. It may only be a matter of time before SOGI laws, like the one that passed in Charlotte and precipitated the HB 2 crisis, are a threat to churches again.

To be clear, if a church in North Carolina charters a BSA and allows the organization to use its facilities, then after 2020 it could be open to a legal challenge to also allow other groups which affirm homosexuality to use their facilities.

Of course, this is subject to a SOGI law being passed either by the state or the local government.

“In today’s environment, perception is greater than reality, and any BSA member who expresses their religious conviction that homosexuality is immoral will be chastised and told to be ‘kind’ and accepting. Just as Scouts and parents have filed complaints with state human rights commissions alleging that there has been discrimination based upon disabilities, there will be similar claims based on allegations of discrimination based on sexual orientation or gender self-identification.” 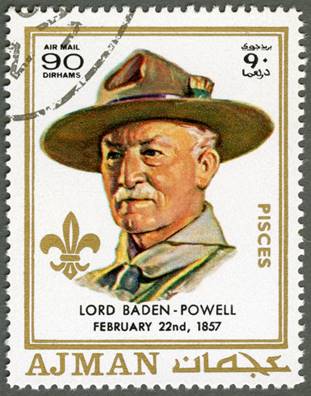 Lord Robert Baden-Powell, the founder and Chief Scout of the BSA, said in his book Scouting for Boys: “We aim for the practice of Christianity in their everyday life and dealings, and not merely the profession of theology on Sundays…”

Indeed! And if those boys with dirt on their faces are truly to personify Truth, if boys with cut fingers are to demonstrate the Beauty of the human soul, if boys with bubblegum in their hair are to become Wise men, if boys with frogs in their pockets are to be the Hope and future of these United States, then they will need to be trained based in a Christian worldview.

Because Scouting is no longer consistent with a faithful Christian understanding of the world, the way life should be lived, and the way young boys should be raised, the Christian Action League strongly urges its supporting churches, as well as other churches with which it networks within Southern Baptist Life, to end their relationship with Scouting USA.

It is the League’s contention that there is no good reason for churches to continue partnership with the BSA, when doing so poses a serious risk to their mission, and the loss of religious freedoms because of the litigation that may be directed at them.

This is especially true when there is an excellent Christian alternative to Scouting such as Trail Life USA, – a Scouting organization for boys currently growing by leaps and bounds.

Separation from the BSA may be very painful for some churches, but continuing the relationship could be more distressing.

The circumstances warrant making this change as quickly as possible.

* Alliance Defending Freedom advocates for the right of people to freely live out their faith. As an alliance-building legal organization, they unite attorneys, ministry leaders, pastors, and like-minded organizations in a common purpose, a shared commitment to defending religious liberty, the sanctity of life, and marriage and family.

* Richard Mathews is the General Counsel for Trail Life USA, a Christian youth adventure program and the former General Counsel of the Boy Scouts of America, where he worked from 2002 -2013. He is a graduate of the University of Michigan, Drake Law School and has an LLM in Labor and Employment Law from Wayne State University. He serves on the National Catholic Committee of Trail Life USA and on the Board of Directors of Human Life International and volunteers as an Allied Attorney with the Alliance for Defending Freedom.