You are here: Home / Christian Action League / Boy Scouts Admit Girls and Change Their Name, ‘Gender is not Malleable and There Are Better Alternatives,’ Says Rev. Creech 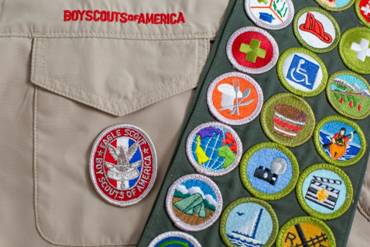 In its continued slide down the slippery slope of political correctness, the Boy Scouts of America announced this week that it will admit girls and is changing its name to “Scouts BSA.”

The century-old organization that once helped mold boys into men seems bent on becoming all things to all people, admitting homosexual boys in 2013, gay leaders in 2015 and transgender youth last year.

Now, BSA leaders say they’ll allow girls in all their programs beginning next year and have already begun admitting them to Cub Scout packs. Older boys and girls will still largely be divided along gender lines, but younger groups will be mixed.

Conservative commentator Todd Starnes said the Boy Scouts of America is allowing girls in because “being a boy is offensive” in today’s culture.

“It’s offensive for a man to have muscles, shoot a bow-and-arrow and build a fire using nothing but two twigs,” he said.

“Boy Scouts used to be about being physically strong and morally straight, but they have lost their moral compass,” Starnes added. “We are watching a once-storied organization tumble into that deep abyss of political correctness. I don’t think there’s a merit badge for that.”

The Rev. Mark Creech, executive director of the Christian Action League, said the move was “sad but certainly not surprising.”

“Once organizations buy into the idea that gender is malleable or that there is largely no difference in how God created boys and girls, the distinct needs of the group they serve are scuttled away under the guise of equality, and the very heart of what made the program work is cut out.”

He said the mentoring relationship between men and boys and the Christian basis on which Scouting was founded have been systematically removed over the years, leaving Scouting a mere shell of what it once was.

Even the Girl Scouts of America are opposed to Boy Scouts admitting girls.

“I formally request that your organization stay focused on serving the 90 percent of American boys not currently participating in Boy Scouts,” Kathy Hopinkah Hannan, the president of the Girl Scouts, wrote recently to Randall Stephenson of the Boy Scouts.

Patricia Mellor, CEO of the Girl Scouts of Vermont and New Hampshire, rejected the Boy Scouts’ claim that admitting girls was aimed at making things more convenient for busy families.

“To me, a daughter is not a matter of convenience. You’ve made the choice for your son based on what you thought was best for him, and the daughter should be getting a similar decision,” Mellor said.

Creech said there are better alternatives for both genders than Scouting. 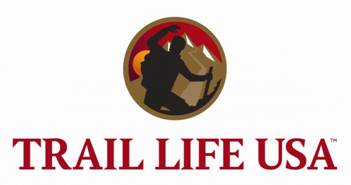 “Please understand, we do not believe girls should be given fewer opportunities than boys. The bottom line is that there is a place for gender-specific organizations. Girls no more belong in Boy Scouts than boys belong in Girl Scouts,” Creech said.

He renewed his call for Christian families to skip Scouting altogether and seek out a Trail Life USA troop for their sons or an American Heritage Girls group for their daughters.

Trail Life, a faith-based outdoor adventure program, offers boys-only character and leadership development opportunities. Its CEO, Mark Hancock, has recently raised the alarm about what he views as the growing “war on boyhood.”

Many believe the BSA is welcoming girls as a last-ditch effort to grow its dwindling membership. According to the New York Times, the organization claims to have 1.25 million Cub Scouts and more than 800,000 Boy Scouts in 100,000 units across the nation. In the 1970s, it had closer to five million members.

While the larger Scouts BSA is waning, Trail Life USA has seen its ranks swell to more than 26,000 members, especially after the BSA announced it would accept gay leaders and transgender youth.