You are here: Home / Alcohol / Bill Would Allow Liquor-By-The-Drink in Movie Theaters, Alcohol Sales at Raffles and on State Operated Ferries 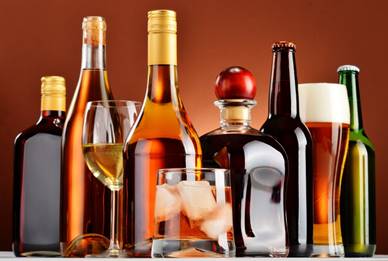 RALEIGH – Except for its listing on the Senate Calendar, which did not appear until Wednesday evening, there was essentially no warning about an Omnibus ABC bill that was taken up Thursday morning in the Senate Insurance and Commerce Committee. The measure, HB 500 – ABC Omnibus Legislation, championed in the Senate by Sen. Rick Gunn (R-Alamance), has eight provisions meant to change the state’s alcohol policy.

An old bill that had previously passed the House was high-jacked as a vehicle for its language, and, if passed by the Senate will only require that the House concur.

Dr. Mark Creech, executive director of the Christian Action League, complained, “This is the worst way in the world to do alcohol policy. It’s not meant to be deliberative. It is a veritable gift to business interests without judicious consideration of public health and safety. It’s the kind of measure that’s great for campaign coffers in an election year but careless and irresponsible with a commodity that is inherently problematic.”

During the bill’s hearing in Committee, Gunn said the bill is simply “trying to take ongoing practices that are now being done in the state and match the law to that.”

But Rev. Creech said, “It ought to be alarming to us when we start matching law to behavior rather than requiring behavior to match the current law.”

“We ought to be very wary of that kind of legislation,” said Creech.

Creech maintains the provisions in the proposed initiative are not as innocuous as the sponsors would have us believe and could have significant negative consequences.

The bill allows brewery employees to sample their beer for “sensory analysis, quality control, and education.” It allows them to do this while in a retail operation or while serving pints at a special event.

“Shouldn’t we be concerned about a server sampling the product while serving? Servers need to be straight-up sober so they can monitor IDs and who may be drinking too much,” Creech maintains. “This provision, I believe, would put that in jeopardy.”

The measure would double the number of raffles a nonprofit could hold each year, increase the size of prizes from $125,000 to $250,000, and authorize the sale of alcoholic beverages in a room where the raffle is being conducted.

Distillers would be able to sell their branded merchandise such as glassware, cups, signs, shirts, hats, and other apparel. Current law says that no advertising bearing an alcoholic beverage brand name can be displayed outside a business or in the window of a licensed premises.

The sale of malt beverages, unfortified wine, and fortified wine would be allowed for sale on passenger-only ferries. Creech said, “This authorizes a state agency to sell booze, not to mention the hazard it could cause for passengers on a ferry when someone has had too much and becomes problematic. It’s not like law enforcement can drive up.”

“What does that tell you?” asked Creech, “It means that train [the bill, its sponsors, and stakeholders] had already left the station and this was essentially a done deal before the Committee even heard the measure.”

Creech was the only person to speak against HB 500. He told lawmakers, “I have not had time to carefully research the specific possible negative impacts of this bill’s numerous provisions, and likely won’t have the time in this short session, and I doubt neither will any of you.”

He eloquently argued before the committee:

“The underlying message in this bill, although not necessarily intended by its sponsors, is that control and regulation of alcohol is outdated. It’s a different day. We don’t need to be so cautious.

“Attitudes about drinking may have changed, but alcohol-related problems haven’t changed for the better but for the worse. This bill has not and cannot be effectively vetted before the end of this short session. It would have us throw caution to the wind, chasing business profits at the expense of public health and safety.

“Omnibus alcohol bills, I think, can be like removing melted American cheese from a DVD player. You might clean it up, but chances are you won’t. And if passed, the damage is done and extensive.”

Unfortunately, the bill passed the Commerce Committee and now heads to the Senate Finance Committee.

The Christian Action League urges its supporters to contact their State Senators and express opposition to HB 500 – ABC Omnibus Legislation.

To find out who represents you in the North Carolina Senate, go to this link on the General Assembly’s website and follow the prompts.