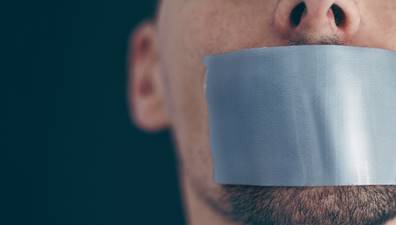 North Carolina law gives the Governor up to 30 days to sign or veto a measure after lawmakers adjourn. After this, if the Governor doesn’t respond, then the measure automatically becomes law. The General Assembly adjourned on June 30th and Sunday was the end of the 30 days.

The Governor’s spokesman, Ford Porter, said Governor Cooper prefers to allow University leaders to decide such matters rather than dictating to them by law.

“The trouble with the Governor’s approach,” said Dr. Mark Creech, executive director of the Christian Action League, “is that University officials haven’t proven faithful on free speech. Unfortunately, it seems the law is the only means of addressing the matter. Let’s not forget freedom of speech is fundamental to our constitutional rights. Furthermore, please explain where freedom of thought and expression is more important than at a public institution of higher learning!”

Generation Opportunity North Carolina Spokeswoman Anna Beavon Gravely issued a statement regarding the legislation’s passage without the Governor’s signature. Gravely said it was a “major victory for North Carolina’s students and faculty, and an important step to ensure that our university system continues to be a place where freedom of speech is welcome.”

“College campuses used to be places where young Americans could voice their opinions, express their views, and trade ideas uninhibited,” Gravely added. “Sadly, that’s no longer the case, as more and more colleges and universities have adopted free speech zones and other misguided policies that restrict freedom of speech. Students deserve to have their ideas challenged and their perspectives broadened.”

The James G. Martin Center for Academic Renewal list a number of recent First Amendment violations at UNC College campuses. Among them are:

Another source of First Amendment abuses on college campuses has been a study by the Foundation for Individual Rights in Education (FIRE). Their study found that 49.3 percent of 440 of the nation’s top colleges and universities surveyed maintain policies that “seriously infringe upon the free speech rights of students.”

The FIRE report also said that 7 of the 19 North Carolina institutions of higher learning examined by their organization earned a “red light,” meaning that they have at least one policy both clearly and substantially restricting freedom of speech, or that they bar public access to their speech-related policies by requiring logins and passwords. Twelve others were given a “yellow light” to show that they maintain “policies that could be interpreted to suppress protected speech or policies that, while clearly restricting freedom of speech, restrict only narrow categories of speech.”

Lt. Gov. Dan Forest must be given much credit for the legislation. Stanley Kurtz, who writes for National Review said Forest was “the guiding force…and deserves credit for moving it through the legislature.”

The new law directs the UNC system’s Board of Governors to adopt a policy that protects free expression by students and faculty.

Board members are also to form a Committee on Free Expression that reports to the Board of Governors, the Governor, and the General Assembly, establishing a form of accountability that serves as a check on administrative abuses.

There will be sanctions for students who shut down free speech, as well requirements to protect the due process rights of the accused.

Students are to be informed during their freshman orientation of penalties for obstructing someone’s right to free speech.