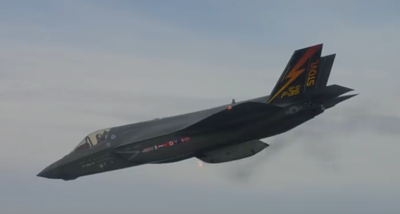 WASHINGTON, D.C. – Thursday, the office of U.S. Senator Thom Tillis rolled out a press release explaining a new means for ramping up pressure on the Turkish government to free Pastor Andrew Brunson.

Brunson is a Presbyterian Pastor from Black Mountain, North Carolina, who has been imprisoned in Turkey for more than a year and a half. After faithfully serving the Turkish people as a missionary for more than 20 years, Brunson was indicted on what the United States Commission on International Religious Freedom says are unfounded charges of espionage and terrorism. If convicted, Brunson could spend the rest of his life incarcerated.

In a speech made on the U.S. House floor, Tillis said, “All he [Brunson] is guilty of is being a Christian and trying to bring a Christian message to those who want to hear it.”

In keeping with his promise to be unrelenting in getting Brunson freed, Tillis has joined with Sen. Jeanne Shaheen (D-NH) to say that they have now secured a provision in the FY 2019 National Defense Authorization Act (NDAA) that directs the Secretary of Defense to submit a plan to Congress that will remove Turkey from participation in the F-35 program.

The plan is to include timelines associated with the removal of Turkey from participation in the F-35 program in a manner that has the least impact on other international program partners. The plan would prohibit the transfer of any F-35 aircraft to Turkey from the United States.

The Tillis-Shaheen provision is in-part based on standalone legislation Senator James Lankford (R-OK) introduced along with Tillis and Shaheen last month.

Tillis’ Press Release says the measure is directly related to the Turkish Government’s wrongful imprisonment of Brunson, as well as Turkey’s worrisome objective to purchase the S-400 system from Russia. The S-400 is an anti-aircraft weapon system developed by Russia in the 1990s. The provision unequivocally states the Turkish Government is unlawfully and wrongfully detaining Andrew Brunson and is denying him due process rights that are consistent with international norms.

“This bipartisan provision sends a clear message to President Erdogan that the United States expects Turkey to uphold its obligations as a NATO ally, including respecting the due process rights of American citizens who reside in or travel to Turkey,” said Tillis. “I truly wish we could instead be working to pass an NDAA that would strengthen the relationship between Turkey and the United States. However, the Turkish Government’s recent actions, including the wrongful treatment of Pastor Brunson, has made this Congressional response both necessary and appropriate.”

Senator Shaheen also defended the need for the provision, saying, “There is tremendous hesitancy in transferring sensitive F-35 planes and technology to a nation who has purchased a Russian air defense system designed to shoot these very planes down.”

Shaheen added, “This amendment is meant to give the Departments of State and Defense the guidance and Congressional support they need to ensure that this does not happen at this time. Further, until we see clear progress on the case of Pastor Andrew Brunson, the acceptance of this amendment shows that there is little appetite to deliver these planes, transfer their titles to Turkey, or celebrate the F-35 exchange in any way. Senator Tillis and I continue to urge the Turkish government to put its alliance and membership in NATO first and cease its unconscionable behavior toward innocent civilians – both American and Turkish – at once.”

Dr. Mark Creech, executive director of the Christian Action League said he believes this latest action taken could be an answer to prayer. Such steps, he said, are sometimes necessary to bring about the proper response. He said he deeply appreciated the effort and was especially thankful for everything Sen. Thom Tillis was doing.

“Turkey is our ally. They are supposed to be our friends. But they are acting neither as an ally or a friend by ridiculously detaining and persecuting someone who has never done Turkey any harm but only good,” said Creech. “The religious persecution of one should be seen as an assault on every religion. When the rights of any American are trampled upon anywhere in the world the rights of every American are infringed.”

Dr. Creech urged supporters of the Christian Action League, as well as Christians everywhere, to continue praying for Brunson’s release.