You are here: Home / Christian Action League / Back Again! A Proposal for the Legalization of Medical Marijuana 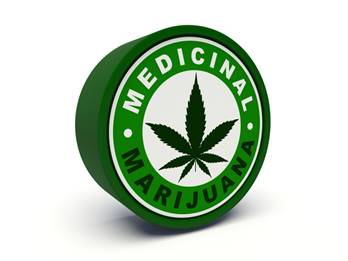 RALEIGH – A medical marijuana bill filed in the North Carolina House, HB 185 – Legalize Medical Marijuana, makes the ninth straight year an attempt to legalize the drug has been made in the Tar Heel state. Previous attempts haven’t gained any traction.

Rep. Rodney Moore told the Raleigh News and Observer, “The reason why myself and Rep. Alexander keep putting this bill forth is simply that some of our citizens need it. So we’re going to keep pushing it.”

Rep. Kelly Alexander is a long-time advocate for medical marijuana.

Although 28 states in the U.S. have legalized medical marijuana, Florida is the only southern state that has approved the use of the potent drug as medicine.

Marijuana remains a Schedule I controlled substance under the Controlled Substance Act. That act declares unequivocally that it has a high potential for abuse and “no currently acceptable medical use in treatment in the United States.”

Moore also told the Raleigh N&O that he thinks that the public has changed its mind on pot as a medicine. Moreover, he believes that because the legislature in 2015 legalized the hemp industry and CBD oil for children with severe epileptic seizures, there may be support for HB 185.

But Dr. Mark Creech, executive director of the Christian Action League, said he believes Moore’s optimism is misguided. “I don’t care how many polls say the public supports medical marijuana, the ultimate poll, is the one at the ballot box when the public elects lawmakers and the way they stand on any given issue,” said Creech. “The other bills that have passed had nothing to do with smoking marijuana, which is a significant distinction. Every bill proposed for smoking marijuana, as some form of medicine, or recreationally, hasn’t been given a hearing or even made it out of committee. They’ve been rejected on a bipartisan basis. I don’t think sentiment among lawmakers has changed to any significant degree.”

“Defining medicine through legislative fiat or popular referendum undermines the national drug approval system run by the FDA. The FDA has stringent technical and evidence-based standards that it uses to protect all Americans from dangerous, ineffective, or fraudulent drugs. It puts in place safeguards that include confirmed purity; validated production; tightly controlled manufacturing; known shelf life, microbiology, and efficacy and safety data per dose; documented side effect profiles; and regular safety updates to keep the FDA apprised. While its approval system may not be perfect, it has shielded us from many unsafe and unacceptable drugs for decades.”

Henry I. Miller, physician and molecular biologist and a founding director of the FDA’s Office on Biotechnology, echoes these sentiments in The Real Dope on Medical Marijuana. He writes:

“If marijuana has therapeutic potential, it should be required to pass muster with the FDA like any other medicine (leaving aside how well FDA regulation works overall). We have considerable experience with making drugs from plant material, including the opium poppy. Neither the medical community nor government regulators sanction patients’ smoking (or vaporizing) opium for medical purposes; rather, we require that opiate products, including morphine for pain relief and paregoric for diarrhea, be standardized, controlled for quality, fully tested, delivered in an appropriate manner and shown to be safe and effective. Why should marijuana be any different?

“Medical marijuana proponents claim that it is only for political reasons that the FDA and the Drug Enforcement Agency [DEA] refuse to license a marijuana-based product or even permit legitimate research. But they are being disingenuous at best and deceptive at worst. These marijuana advocates fail to acknowledge that although smoking is an imprecise way to deliver any substance to the bloodstream (and from there to the brain), there is substantial evidence that herbal marijuana material can be extracted, formulated, standardized and delivered by means of an appropriate delivery system, and that such research is at an advanced stage in the United States and elsewhere. When presented with a cannabinoid development program that comports with recognized standards for clinical testing, both the FDA and the DEA have demonstrated their willingness to allow it to proceed.

“Patients who are genuinely in need deserve safe and effective medicines, and rigorous testing and oversight are the best ways to provide them.”

Bennet and White also note a dangerous time in America when “medicine by vote” promoted Laetrile as a cure for cancer. “Laetrile was made from apricot and peach pits. It was never approved by the FDA, and many sought it in Mexico and elsewhere,” they write. “Indeed, some twenty US states voted to approve its use throughout the 1970s, but to no therapeutic avail, and several people died of cyanide poisoning as a result of using Laetrile. Most importantly, though, cancer patients suffered, not only from false hopes and promises but from the distraction of using a quack medicine as an alternative to scientifically researched and recommended standard medicines used to treat cancer. As one British doctor put it, ‘Testimonials are not science.’”

Dr. Creech says there are many other reasons North Carolina shouldn’t approve medical marijuana legislation, one of which is that it’s always a prelude to the legalization of recreational marijuana. “Once you have thousands of people getting medical access to the drug, seemingly with the medical community’s approval and sanction, then you’re not far from full legalization. Marijuana advocacy groups know this and it’s what they’re counting on.”

HB 185 has been referred to the House Rules Committee.