You are here: Home / Alcohol / ATTENTION PASTORS AND OTHER CHURCH LEADERS: ‘Where is the respect for our churches?’ Don’t start selling alcohol before noon on Sundays 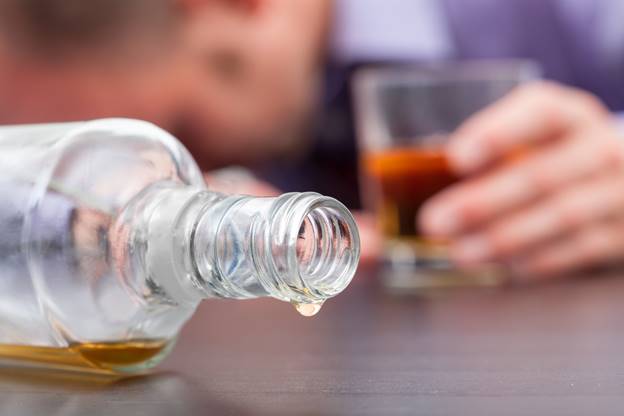 IF YOU ARE NOT A PASTOR OR OFFICIAL CHURCH LEADER, PLEASE SHARE THIS WITH YOUR PASTOR OR AN OFFICIAL LEADER IN YOUR CHURCH OR DENOMINATION.

THIS IS VERY IMPORTANT!

The North Carolina Restaurant and Lodging Association has launched a major campaign to roll back the time for serving alcohol on Sundays from 12:00 noon to 10:00 a.m. The media refers to the legislation they’re pushing as “The Brunch Bill.” (SB 155 – Economic and Job Growth for NC Distilleries, companion bill in the House, HB 460)

Clergy and pastors are urged to sign a letter addressed to Senate President Pro-Tempore, Phil Berger, House Speaker Tim Moore, and all members of the North Carolina General Assembly, urging them not to pass it. The letter and its signatures will be passed along to them.

Supporters have set up a website using the hashtag #FreetheMimosa. They’re using a Mimosa drink, which is a cocktail, as a symbol of all alcoholic beverages, implying that it’s necessary to free alcohol from “heavy-handed government regulation.”

But alcohol is not an ordinary commodity. It poses significant health and safety risks that require effective regulations and controls. There are studies that reveal when alcohol sales are rolled back by as little as two hours on Sunday, it causes a spike in dangerous consumption rates and alcohol-related problems.

The media has focused on the “Brunch” part of the measure (rolling back the alcoholic beverages sales time during the period people could have brunch at restaurants), but there are other provisions in the legislation even worse – provisions that will create a paradigm shift in the way ABC stores are run, undermine the state’s current ABC system, and exacerbate the problems of underage drinking.

Read Related Story: Major Campaign Launched for Allowing Alcohol Sales before Noon on Sundays, ‘Where is the Respect for Churches?’

Admittedly, there is one primary reason for the current prevention of alcohol sales until after noon time on Sundays. The law has been in place for years, mostly in deference and respect to churches that typically are meeting for worship services until after 12:00 o’clock.

“The Brunch Bill” is indicative of a tacit disrespect for churches.

Churches spend significant ministry resources helping people pick up the pieces of their lives ruined by alcohol use and abuse. Don’t churches deserve respect for this indispensable service? Surely the business community is not so covetous for making more money they can’t wait to begin their alcohol sales until after the noon hour? Where is the respect once so pervasive for the church and its ministries, more specifically, its service to those suffering from alcohol-related issues? This kind of legislation works against the positive role of religion in society.

The people behind this initiative are well-funded business interests coupled with high-powered lobbyists that care only about one thing – more money! They’re counting on clergy and other church leaders to remain silent and offer no opposition.

#FreetheMimosa already has about 3,500 people who have signed an online petition in favor of this bill. But some pastors in North Carolina have nearly that many people or more in their own congregations.

What’s desperately needed now are the voices of pastors and other church leaders who will speak up and say, “Where is the respect for our churches? Don’t start serving alcohol until after noon time on Sundays?”

If pastors and church leaders don’t present a good show of opposition, this legislation is likely to pass, and it will be just one more thing to diminish the influence of churches.

PLEASE GO TO THIS LINK AND SIGN THE LETTER RIGHT NOW!

If you are a pastor or an official church leader, please go immediately to the link above and below to sign a letter addressed to Senate President Pro-Tempore, Phil Berger, House Speaker Tim Moore, and all members of the North Carolina General Assembly. The letter and its signatures will be passed along to them.

In signing the letter, you’ll give your name, title, church name, church address, city, state, and zip code. Giving your email is optional.

This is not an effort to capture your name and contact information for the Christian Action League. Still, without certain information lawmakers can’t verify your name or the church ministry you represent is a legitimate one.

PLEASE GO TO THIS LINK AND SIGN THE LETTER RIGHT NOW!

After you have signed, encourage other church leaders you know in North Carolina to sign too.

Please do it now. This legislation is expected to move any day now.

Thank you and God Bless,