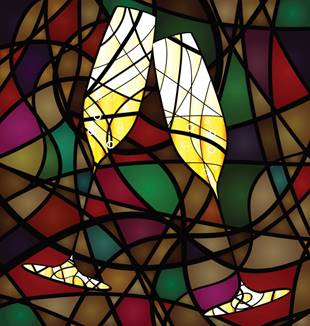 The City of Jacksonville, NC, approved a Sunday Brunch Ordinance this week. According to a count provided by the North Carolina Restaurant and Lodging Association, the communities that have already approved their own Brunch Ordinances now number more than 100. Numerous other cities, towns, and counties are slated to take up the issue.

“There has been little resistance,” admitted Dr. Mark Creech, executive director of the Christian Action League. “Unfortunately, many churches left me to go up to battle on this one alone, but it wasn’t because the arguments against it were soft. It was because of the inroads strong drink has made in our culture and churches.”

SB 155 – ABC Omnibus Legislation was approved by the North Carolina General Assembly on June 27th. It took Gov. Roy Cooper only three days to sign the measure into law.

The new law authorizes county commissioners and town and city council members to allow bars, hotels, private clubs and restaurants to roll back the starting time for alcohol sales from 12:00 noon to 10:00 a.m. on Sundays. It also expands the additional two hours of sale for retail sales of beer and wine in places such as convenience and grocery stores. Communities, however, must opt-in via their local governing bodies.

1. Critical Facts Churches Need to Know about the Consideration and Approval of Brunch Ordinances – This document addresses critical questions about the way the new law works for counties and cities. It also answers questions about the procedures local governing bodies can use in adopting them. To get this document, click here.

2. Brunch Bill Policies Exacerbate Alcohol-Related Harms and Negatively Impact Religious Influence – This document provides the best talking points against the adoption of a Brunch Bill Ordinance. It provides extensive information with its sources that show the negative impact of a Brunch Ordinance on the public’s health and religious influence. To access this document, click here.

Dr. Creech said that there were still a number of reasons for opposing Brunch Ordinances even when the opposition to them may be bound for failure.

“Christians should vigorously oppose the passage of a Brunch Ordinance because, (1) it will make their community less safe, and (2) it will diminish the power of religious influence in their community. As followers of Christ we are our “brother’s keeper,” said Creech.

“I have also noticed that when many of these Brunch ordinances passed there were usually one or two public officials who were opposed to it. We need to stand beside those brave public servants,” Creech added.

The Christian Action League’s mission is to equip the church to address the social issues that negatively impact our state. The League’s motto is “The only lasting cure for evil and injustice is Christian Action.” The No Sunday Brunch Bill Toolkit is consistent with that endeavor.