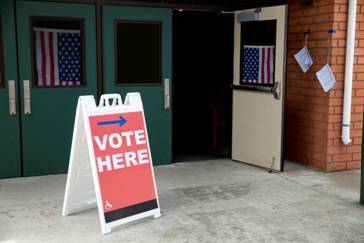 RALEIGH – When it comes to alcohol, North Carolina has been a “local option” state since 1937, meaning that no county or city in the state can allow the sale of alcohol unless first approved by local voters. But those voters’ rights, already undermined by laws regarding wineries, could soon be weakened further by House Bill 500: ABC Omnibus Legislation.

Approved by the House in a 95-25 vote on Wednesday and now headed to the Senate, the measure would allow breweries that produce agricultural products used in the manufacture of malt beverages to sell their products at the brewery, as long as they get the go-ahead from a local governing body that first holds a public hearing, regardless of the will of the voters.

The Rev. Mark Creech, executive director of the Christian Action League, spoke against this provision, Section 10 of the bill, in a speech to the House ABC Committee.

“Of all the political processes, the one we deem most sacred is the right to vote. The final results of an election should be respected and never circumvented,” Creech said. “Section 10 allows for a governing body of a city or a county to overturn the results of an alcohol election for the sake of a brewery. No matter what procedure may be used, it does not soften the reality that many in the communities affected may have their vote nullified.”

He told lawmakers that after a town or county holds an alcohol referendum “it is not right that the power to reverse its results be placed in the hands of a few. And it’s not right for you to give them such authority.”

Creech further pointed out that brewery owners already have the same right as any other Tar Heel citizens to work for the approval of an alcohol referendum and that they should not be given special privileges at the expense of the electorate.

Rep. Pat Hurley (R- Randolph) agreed and offered an amendment in committee and on the House floor to eliminate Section 10. Unfortunately, her pleas fell on deaf ears.

“It has already been set up for wineries so that they can sell alcohol even if it hasn’t been voted on, but I don’t think two wrongs make a right. I think this is taking away the vote of the people,” Hurley said. “I don’t think our county commissioners and city council representatives should have that right to do that for us. I think we need our individual votes.”

But Rep. Chuck McGrady (R-Henderson), one of the bill’s sponsors, told lawmakers, “We ought to treat beer like cider like wine to the extent that we can.”

He said farm breweries would still have to jump through more hoops than wineries, since a local government body would have to advertise and hold a public hearing and then vote to allow malt beverage sales at the brewery.

Even so, Creech pointed out the hypocrisy of lawmakers, who are elected by the voters, voting now to approve a procedure that could overturn the vote of the people when it comes to alcohol sales.

“May I pose this hypothetical? You worked hard to convince people that you were the right person to be chosen to serve as their representative in the North Carolina House. You worked hard to raise money. You campaigned hard,” Creech said. “But then, certain lawmakers in the General Assembly put forward legislation that passed and overturned the results of your election and handed the seat to your opponent.”

“If you pass this legislation with Section 10, in principle this is what you will have done,” he said, urging legislators to follow the Golden Rule.

“I cannot express how deeply disappointed I am that the sponsors of HB 500 would not stand for voter integrity,” the CAL director wrote in an email to bill sponsors.

HB 500, which had originally contained even more egregious provisions, is being presented as a compromise bill that now has the support of members of the brewing industry as well as beer and wine wholesalers. Having met the crossover deadline this past week, the measure is expected to be taken up by the Senate.

The Christian Action League appreciates the following members of the NC House who voted for Rep. Pat Hurley’s amendment to remove Section 10 of HB 500. Hurley’s amendment would have prevented governing bodies from being given the authority to overturn the results of an alcohol election on behalf of a local farm brewery.