You are here: Home / Alcohol / Alabama, North Carolina, and A More Laissez-Faire Approach to Alcohol 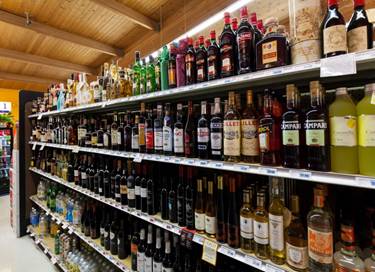 Despite the overwhelming evidence of the growing negative aftermath in this country from alcohol use and abuse, public officials, typically in a chase for more revenue for governing bodies, continue to loosen alcohol control measures. One means of loosening control is to privatize alcohol sales.

North Carolina is one of 17 states across the U.S. that adopted a control model after the repeal of prohibition. The single feature distinguishing a “control” state as opposed to one that is “privatized” (licensure) is control states take ownership of the product and retain the exclusive rights of sale, thereby having a greater level of control to prevent abuses.

In North Carolina, liquor is sold only in the state’s 427 ABC stores. Prices are uniform. Advertising of liquor is extremely limited and not allowed by any ABC stores, which are not open on major holidays, Sundays, or after 9:00 p.m.

Alabama is also a control state. In the article below, Joe Godfrey, executive director of the Birmingham-based Alabama Citizens Action Program (ALCAO), addresses recent calls in his state for privatization. Such calls have also been bandied about in the Tar Heel state.

Alcohol is a Dangerous Drug, and We Need to Maintain a Strong System of Control
By Joe Godfrey

We should stop talking about alcoholic beverages as if they are no more harmful than milk or coffee.

Alcohol is a drug – a mind-altering, addictive drug. It affects the young, the elderly and every age group in between.

But the toll of drinking doesn’t stop with just the number of deaths. A few years ago, the CDC put a price tag on the costs alcohol poses on Americans due to diseases, accidents, crime, addiction treatment, lost work production and other consequences of drinking. The toll: more than $223 billion a year.

We must stop pretending that alcohol can be treated like any other commodity. Alcohol is a powerful drug and should be regulated as such.

However, calls continue from some to weaken controls over this dangerous drug. They would have you believe the state and its citizens would be just fine if we eliminated the state agency, the Alabama Alcoholic Beverage Control Board, charged with regulating the sale of beer, wine and liquor in Alabama. That is nonsense pushed by people and groups with an agenda – most likely supported or funded by large corporations and other special interests with visions of billions in profits if controls were done away with.

Let’s be clear: Every state in the Union has a system in place to regulate the sale and distribution of alcoholic beverages. That system varies by state.

That was the intention of our national leaders when it passed and the states ratified in 1933 the 21st Amendment to the U.S. Constitution repealing Prohibition. That repeal left it to the states to regulate alcohol as they see fit to protect the public safety and public health of their citizens.

Some states control the sale of alcoholic beverages by licensing stores, bars and restaurants that sell alcohol. Other states, like Alabama, employ a system of both licensing and control of some aspect of the distribution or retail sale of alcohol.

Those who would have us adopt a more laissez-faire approach to alcohol should consider the experiences of countries with more lax alcohol laws.

Take vodka-loving Russia, for example, where the legal drinking age is 18. According to a 2014 World Health Organization (WHO) report, 31 percent of Russian males 15 and older have a drinking disorder. Alcohol is responsible for shortening per-capita life expectancy in the country by more than five years.

In Ireland, with a similar legal drinking age, 53 percent of males are heavy binge drinkers, meaning they regularly down five or more drinks at a time. Drinking shortens life expectancy in that country by more than five years as well.

Great Britain likewise is having a difficult time with excessive drinking. The WHO study found 28 percent of all Brits regularly binge drink, compared to less than 17 percent in the U.S.

All those countries in recent years have taken steps to tighten laws to address their grave drinking problems. So, why are we moving in the opposite direction, especially as we see more research showing alcohol’s link to liver disease, cancers, heart disease and other ailments?

Also consider this: If the alcohol control model isn’t needed to help constrain the negative effects of drinking, why are states like Oregon and Washington that have legalized recreational marijuana turning to their alcohol control agencies to regulate the sale of that product? Because they know lax regulation of drugs leads to big problems.

Alabama’s alcohol control system works. It protects the three-tier system – separating production, distribution and sales – so no producer, distributor or big-box retailer can monopolize the market. It produces maximum revenue for the state’s General Fund and Education budgets. And it safeguards the public by making sure those who sell alcoholic beverages are licensed and meets reasonable standards to keep alcohol out of the hands of those under the legal drinking age.

I am also particularly thankful for the fact that Alabama ranks among the lowest of the 50 states in consumption of spirits (hard liquor). We want to keep it that way.

The system isn’t perfect. No system is. But the alternative of less control and less safeguards will only further endanger Alabama families.

Dr. Mark Creech, executive director of the Christian Action League, has written on this subject, saying:

“There are some who would have us believe that alcoholic beverages are like any other commodity. Do you know of any other product in the history of our country that has brought about two amendments to the United States Constitution? North Carolinians have always understood that when abused any alcoholic beverage can pose a public health risk, but because spirituous liquor has higher alcohol content than other alcoholic beverages, it presents greater dangers, and, therefore, needs a stricter form of regulation. The function of an Alcoholic Beverage Control (ABC) store is to provide access to spirituous liquor as determined by local option alcohol referenda, coupled with the best system of sales that works to effectively minimize harms. When all the evidence is carefully considered, our current arrangement, which is propelled by a ‘control’ incentive, unlike the ‘profit’ incentive that drives a privatized system, is a far superior means of liquor sales. To abandon it would be a lapse in both intellectual and moral judgment.”

For further reading on this subject see: Privatization of Liquor Sales: What the State Would Lose by Getting Rid of ABC by L.A. Williams and Dr. Mark Creech