You are here: Home / Christian Action League / After 164 Years the NC State Fair Will Feature Something New – Beer and Wine 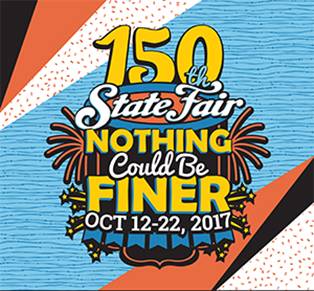 RALEIGH – The North Carolina State Fair has been going on for 164 years. But this year there will be something new as a part of its festivities – beer and wine.

Beer and wine have never been allowed as a part of the State Fair. It’s always been strictly committed to family fun. Not any longer.

A statement released by the North Carolina Department of Agriculture, which manages the Fair, said:

“The beverages will be available in the new Our State Public House in Heritage Circle. Sponsored by Our State magazine, the Public House will showcase 40 breweries and 40 wineries from across North Carolina. Daily offerings will include several different styles of craft beer and wine, including award winning examples of each.”

According to the NC State Fair’s website, the mission of the State Fair “is to showcase and promote the state’s agriculture, agribusiness, arts, crafts and culture through the annual agricultural fair.”

In keeping with this mission, Agricultural Commissioner Steve Troxler said, “The Our State Public House is an opportunity to showcase North Carolina’s growing beer and wine industries, which are significant contributors to our agricultural economy.”

Dr. Mark Creech, executive director of the Christian Action League said he thought the presence of beer and wine at the State Fair was sad.

“I’ll concede the new breweries and wineries dotted across the Tar Heel are now significant contributors to our agricultural economy,” said Dr. Creech. “But the Fair is where we celebrate our state’s enterprises and I just don’t believe we should applaud with such recognition an industry that significantly contributes $6.8 billion annually in social costs to this state.”

Dr. Creech also said he appreciates and supports the effort by the State Fair to prevent abuses. Patrons of the Our State Public House are limited. Each wine or beer tasting flight is to contain four different samples. Wine samples will be 1 ½ ounces, and beer will be 4 ounces. Tickets will cost $10 and will be sold from noon to 8:30 p.m. and limited to one ticket per person. IDs are supposed to be checked at the door, and no one under the age of 21 admitted.

But, says Creech, “Alcohol is inherently problematic and it’s folly to think that no abuses will occur. The only sure antidote to no abuses is not to offer it.”
Wine tastings will also be allowed at the Hunt Horse Complex at the fairgrounds. Bottles of wine can also be purchased there for taking home.

Dr. Creech added that there has been a host of changes in North Carolina’s alcohol policy over the last few years that he says are at the bottom of the State Fair’s allowance of alcohol.

“We’ve seen the wine and beer industries given all sorts of leeway to hawk their products with legislation allowing for tastings events,” he said.

This year, Senate Bill 155, dubbed by the media as ‘The Brunch Bill,’ (a measure that added two hours of sale for alcoholic beverages on Sundays) also included a provision allowing for wine tastings at Farmer’s Markets, as well as to allow the sale of wine by the glass.

Dr. Creech predicted, “You can take it to the bank. It won’t be long before breweries will also be allowed by law at Farmer’s Markets, and along with it will be liquor tastings at the Fair. This kind of thing is progressive and it won’t stop unless citizens once again acknowledge the insidious nature of alcohol, the great social costs it precipitates and put an end to it.”

This year’s fair is scheduled to begin October 12th and run through October 22nd.