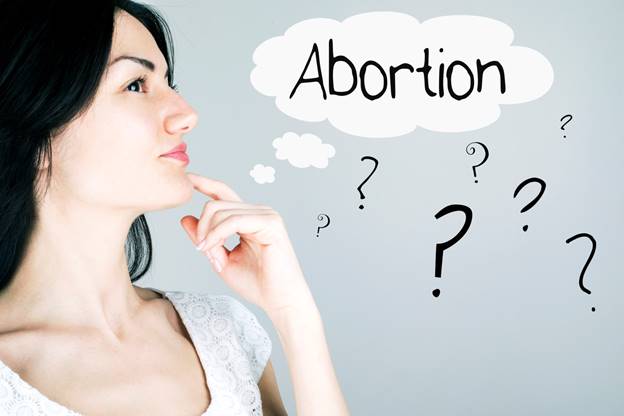 In a column distributed by the Elon University Writers Syndicate and published by the Raleigh News and Observer, the Durham Herald-Sun, WRAL, and the Burlington Times, Elon’s Professor of Religious Studies, Rebecca Todd Peters, claimed that opposition to abortion by conservative Christians “flies in the face of Jesus’ teaching that he came to bring abundant life.”

She grounded her argument in the contention that most Christian denominations allow for abortion under certain circumstances such as prenatal health, rape, incest, and the health of the mother, often abbreviated by the acronym PRIM. She argued it was wrong for Christians to be selective in supporting some abortions and not others, forcing women into “two categories – the tragic and the damned.”

“Limiting our cultural approval of women’s reproductive decisions about the size, shape, and timing of their families to a narrow list of PRIM reasons, flies in the face of Jesus’ teaching that he came to bring abundant life. A Christian vision of abundant life requires that we recognize and support the development of healthy and robust families. It requires that we respect women and the moral decisions that they make about their families. A Christian approach to supporting healthy families recognizes that only individual women and their partners are able to determine their ability to parent a child.

“If we truly value women and healthy families, we must accept that ‘I do not want to have a baby’ is an imminently appropriate reason to end a pregnancy. And we must trust that women are the only ones who are capable of making these decisions.”

It is unfortunate that some Christian denominations are inconsistent in their opposition to abortion. Arguments made for the termination of an unborn handicapped child could only be valid if they are also applied to terminating the life of born handicapped persons. The same is true of children conceived in rape or incest.

Most pro-life Christians, however, do subscribe to the belief that when two lives are threatened in childbirth, and only one can be saved, physicians must always save that life. In reality, this point is hardly debatable because abortion to save a mother’s life was legal before abortion was legalized, and it would remain legal if abortion was no longer permitted.

Still, three wrongs don’t make a right for an abortion just because a woman feels she shouldn’t have a child.

Suppose a woman was to say:

I am the only one who can determine what I can and cannot bear in life. My circumstances have changed for the worst since my child was born and I can no longer accept the burden of parenting. I lost my job, and I can’t afford to support this child? My husband left me for another woman, and I can’t do this alone. I have a serious health condition and the struggles which come with raising this child put my well-being at risk. My problems are too many. More importantly, my Christian vision of abundant life informs me that the toddler I bore is taking away from a healthy and robust family situation. This youngster is robbing me of the abundant life Jesus promised. Therefore, I think it is proper to terminate the life of the tot. Others have no right to impose their morals on me. The government shouldn’t tell me what I can and cannot do in this case. This is my life and my choice in pursuit of Jesus’ promise of an abundant life. It flies in the face of real Christianity to tell me I must “justify” my reasons for taking the life of the little fellow. And there is certainly nothing Christian about forcing me to choose an alternative to destroying the child’s life!

Someone may protest, “Yes, but in such a case, the child is already born. It would be absurd, madness, immoral, and even villainous to purposely terminate the life of a blameless, helpless, precious child, after it was already in existence, and then claim the act was Christian.”

What’s the difference!!?? The child is as much a human being inside the womb as outside the womb. The sacredness of the life is no less because it hasn’t been born. Therefore, the rationale for destroying the unborn life is no different.

Contrary to Peter’s assertions, the paramount question concerning the abortion issue is not whether the woman may or may not choose to have a baby, for whatever reasons. The real question is whether she will have a living baby or a dead one.

The Elon Professor’s justification for the destruction of innocent life in pursuit of an abundant life in Christ is a gross misinterpretation of Scripture.

It is a violation of the 3rd Commandment, taking “the name of the Lord thy God in vain,” which is, in part, attributing something to God that he has not said. It is identifying his favor with something he profoundly rejects.

While Peters would have us believe her brand of Christianity is the right one because it is allegedly more compassionate, more thoughtful, more tolerant, it’s actually a fallen angel masquerading as an angel of light.

In fact, every movement of oppression and exploitation, in some manner, wraps itself in empathy, benevolence, and the promise of a more healthful and brighter future, while emphasizing the oppressor’s rights at the expense of the victim’s rights.

I would fear Peter’s version of Christianity. At the heart of it is the kind of religion that Jesus warned about in John 16:2, “And the time will come when people will kill you and think they are doing God a favor.”

Every abortion is “tragic.” But no woman needs to feel “damned” over it if she trusts Christ for forgiveness. The Scriptures promise, “There is therefore now no condemnation for those who are in Christ Jesus” (Romans 8:1). Again, the Bible says, “If we confess our sins, he is faithful and just to forgive us our sins and to cleanse us from all unrighteousness (I John 1:9). Women, who regret their abortions, can and do find freedom from guilt and loving support from their fellow congregants.

Nevertheless, a true Christian witness calls for repentance and faith, not rationalization and Scripture twisting.