You are here: Home / Christian Action League / A Historical Common Thread of Cultures in Decline 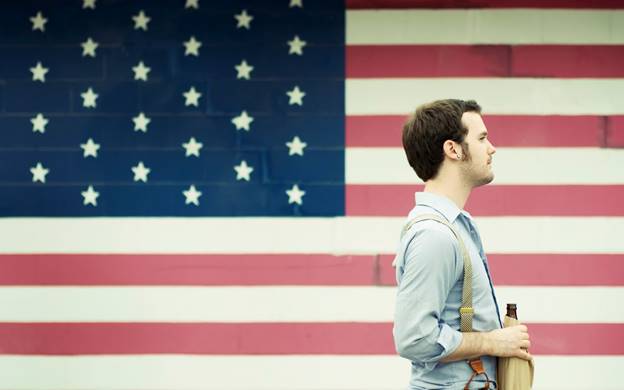 The prophet Isaiah was a towering figure in his day. He was not only a prophet of God but a tremendous statesman. A consultant to Kings Ahaz and Hezekiah of Judah, Isaiah displayed a remarkable understanding of the international affairs of his day. Sometimes his wise counsel was heeded and other times not.

Chapter 28 of the Book of Isaiah is a fascinating passage about a nation on the brink of collapse. It reads:

The text concerns the people of Judah as distinguished from the people of Israel, who had separated from Judah. (Incidentally, the ten tribes are referenced as Ephraim in verses 1 and 3 of the same chapter and a similar charge is made against them.) The period cited is likely to be the dark time which followed the ephemeral splendors of Hezekiah’s reign.

The drunkenness mentioned in the passage should be interpreted both literally and spiritually. The physical effects of inebriation are made to portray Judah’s moral unsteadiness. The irregularity of the movements of an individual who is consumed by alcohol – unable to walk straight – unable to see matters clearly – unable to navigate directly to a precise point – is demonstrative of the nation’s erratic spiritual and moral behaviors. Add to this the filthy way the drunkard discerns life, the filthy language used, and the filthy displays of impropriety so that everything is made unclean. The country’s character, says the prophet, is like its drinking.

Sir Angus Watson once wrote, “The three rocks on which frail humanity most often makes shipwreck are drink, gambling, and immorality, which are intimately related, and of these three drink by far is the most common.”

As it was with Judah, the widespread use and overindulgence of alcohol is historically a common thread among cultures in decline.

Freedom had her birth among the hills of Greece. Her writings are still studied by intellectuals today; military leaders admire the exploits of her Grecian officers; students of structural engineering and architecture dig among her ruins. But little is known about the rigid abstinence from alcohol which helped produce the mental and political giants who made ancient Greece.

By the time of the Apostle Paul, when he gave his sermon on Mars Hill, the priests of the many gods of the land were leading worshippers into the lewdest forms of debauchery. After the Panhellenic Empire came into power, the idolatry took on even greater forms of perversion and degeneracy. Within time, the Free States would lose their authority and influence. Local autonomous political units faded, and large population groups moved from the rural and small-town settings and into the urban centers where the consumption of wine increased by colossal proportions. Consequentially, the circumstances which produced the mighty heroes of Greece disappeared, and she was perfectly conditioned to fall to Rome.

Rome would also get caught in the mesh of wine before its fall. After the conquest of the Mediterranean basin, heavy drinking and degeneracy would replace the traditional values of temperance.

The Romans had methods that gave aid and assistance to excessive drinking. They would drink on an empty stomach to get drunk faster, vomit, then eat food, drink more wine, and play drinking games. Instead of great statesman, weak leadership emerged. Mark Antony, the Roman politician and General, was well-known for taking pride in destructive drinking behavior. The once great and mighty Rome would eventually turn aside from the kind of character suitable to defend itself against invaders from the North.

The point made here is not that alcohol was the sole reason for the destruction of these civilizations, but instead to argue that a culture’s easy acceptance, widespread and excessive use of alcohol, is unquestionably an accelerant for every form of decadence, dissipation, and dissolution. Such is symptomatic of a people treacherously sliding downward.

Someone once used this illustration: If a man riding a spirited horse loosens the reigns, the horse may go faster, not because the horse has been excited, but because the restraint has been taken off. The man who imbibes an alcoholic beverage is like a rider who loosens his lines or throws them away. This principle is not only true for the individual who drinks, but also for a nation that celebrates alcohol and other recreational drugs.

Today in America, even the prophet and priest have wandered on this issue. It’s rare to hear a sermon about alcohol use from the pulpit anymore, much less a message faithful to the Bible’s teaching on the subject. Rarely do clergy engage in the policy debates about the need for alcohol’s regulation and control.

All the while, this nation reels in a morally drunken stupor, seemingly unable to walk a straight line in its political endeavors, suffering blurred vision, and unable to set the course for a bright future. Corruption, obscenity, and licentiousness have contaminated everything. Our national character is very much like our drinking with all of its associated problems.

Our nation must literally and spiritually sober up, lest it fade into obscurity as other great civilizations before it.